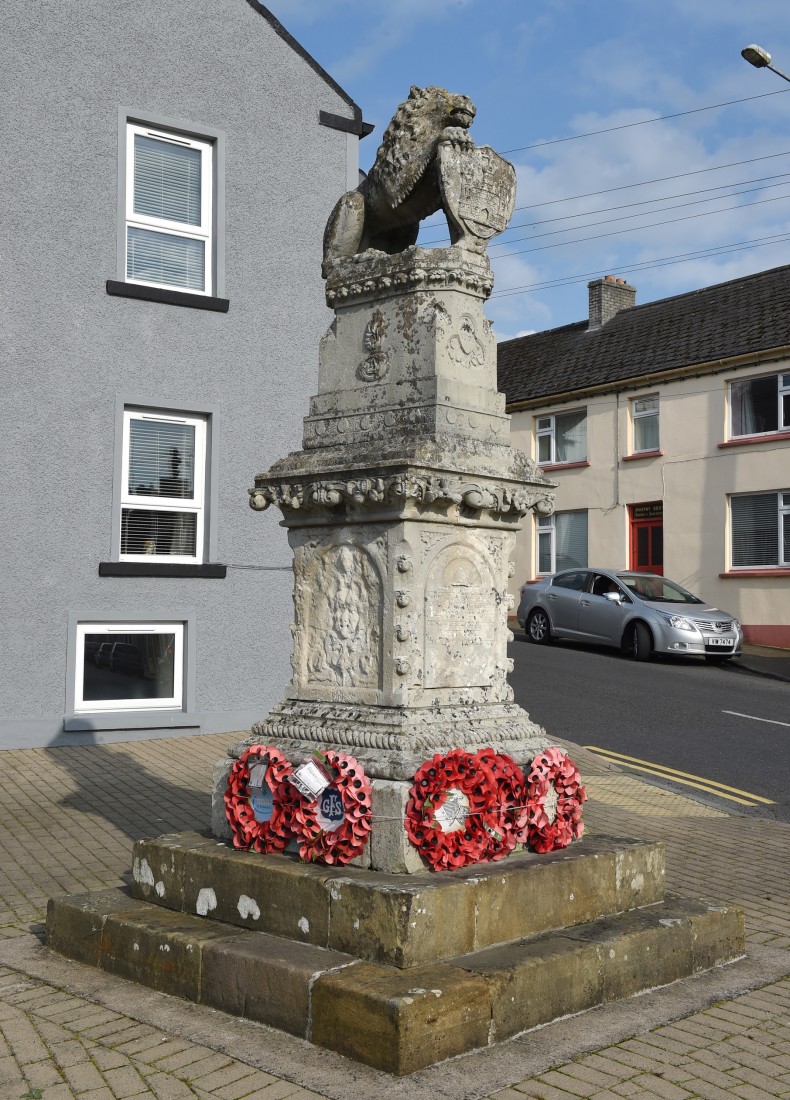 THE LANDMARK Boer Memorial in the centre of Brookeborough is in line for restoration, after falling into a bad state of repair.

Originally built to commemorate the Royal Inniskilling Fusiliers who fought in the Boer War, the memorial was created by a sculptor by the name, Harte sometime between 1899 and 1901. Also included on the monument is an inscription for the Great War, but over time this has become almost impossible to read.

In recent years, a new plaque has been added which reads: ‘This plaque is placed on this monument in memory of those from Brookeborough and District who gave their lives in two World Wars 1914 – 1918, 1939 – 1945’.

Local UUP councillor, Victor Warrington is one of those in the village, along with Lord Brookeborough and others, looking into the possibility of restoring the memorial to its former glory.

Mr Warrington said he and members of the local community are seeking to set up a committee to discuss the possibility of restoring the memorial and, if possible include all the names of those in the locality who died in both wars.

“It is very much in the preliminary stages,” he explained. “It only came to light about a week ago. Like everything else in Brookeborough, we are looking at this very carefully.

“It is something that is obviously important to the town. Very few towns are privileged to have a war memorial, and the people of Brookeborough would be glad to see something happen to it.

Restoring it back to something that’s acceptable to the people would be what we would like to see happen.”

Ray Spence from the War Memorial Trust said the Brookeborough monument was, ‘in a bad state of repair’.

“The coat of arms is almost ineligible. It is crumbling. You can’t make out the memorial, and it only records three names.”

“It is worn due to traffic. It is situated on the then main road into Enniskillen and traffic can deteriorate the condition. That and the elements. This is something built in 1903/04, remember.”

He said the village could apply to various bodies, among them The Heritage Lottery Fund,