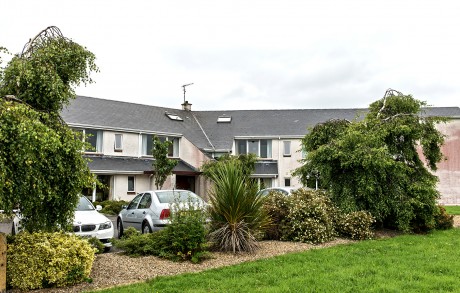 THE private residential care home in Belleek that is due to close at the end of the month, with the loss of 40 full and part-time jobs, went into decline due to a new State-funded support scheme introduced in 2009.

Shannagh Private Nursing Home had capacity for 30 residents and, ever since it opened in 1992, about one-third of its residents (around 10) came from across the border.

However, the south’s Nursing Homes Support Scheme (’Fair Deal’) does not extend to nursing homes in Northern Ireland and, as a result, no more ‘southerners’ were no longer were referred to Belleek since 1992.

The end result was that, within a couple of years, the number of residents dropped from 30 to half that number, making the Home unviable.

Shannagh being close to the border, took the biggest hit of all homes in Fermanagh.

Fermanagh SDLP councillor, John Coyle, who lives in Belleek, described its pending closure as, ‘a disaster’. He has written to the Taoiseach, Enda Kenny, requesting him to extend the ‘Fair Deal’ scheme to the North.

“I made the case that its not being available here is detrimental to the survival of rural towns and villages, and private nursing homes, like Shannagh. I haven’t had a reply yet, so I don’t know if he’s going to do this or not.”

Yesterday, a spokesman for the Department of Health in Dublin explained how the ‘Fair Deal’ scheme works, and how it was introduced.

“It is a system of financial support for individuals who require long-term nursing home care.  Under the Scheme, individuals make a contribution towards the cost of their care, based on their means, and the State pays the balance.

The statutory based-scheme covers the cost of the standard components of residential care, which are – nursing and personal care appropriate to the level of care needs of the person, bed and board,

basic aids and appliances necessary to assist a person with the activities daily living, and laundry service.”

As to the possibility of the scheme being extended here, the spokesman added: “This issue was given careful consideration before the Scheme was introduced in 2009.

“The decision not to extend the Scheme to Northern Ireland was taken by the Government of the day on the basis of legal advice received from the Attorney General’s Office.”

According to John Coyle, the ‘private home’ the problem is compounded by the North’s Department of Health, ‘Transforming Your Care’ policy of keeping at home people who require care.

“Paying people for half an hour in the morning may suit some people, but it doesn’t suit everyone. For instance, if you’re a wheelchair user or are bed-ridden, staff in a nursing home will bring you to the toilet any time you need to.

“The residents hat are left in Shannagh are being transferred to homes in Enniskillen, and, for family members, it will mean a 40-minute trip each way. In the old days, they could pop in here at any time.”