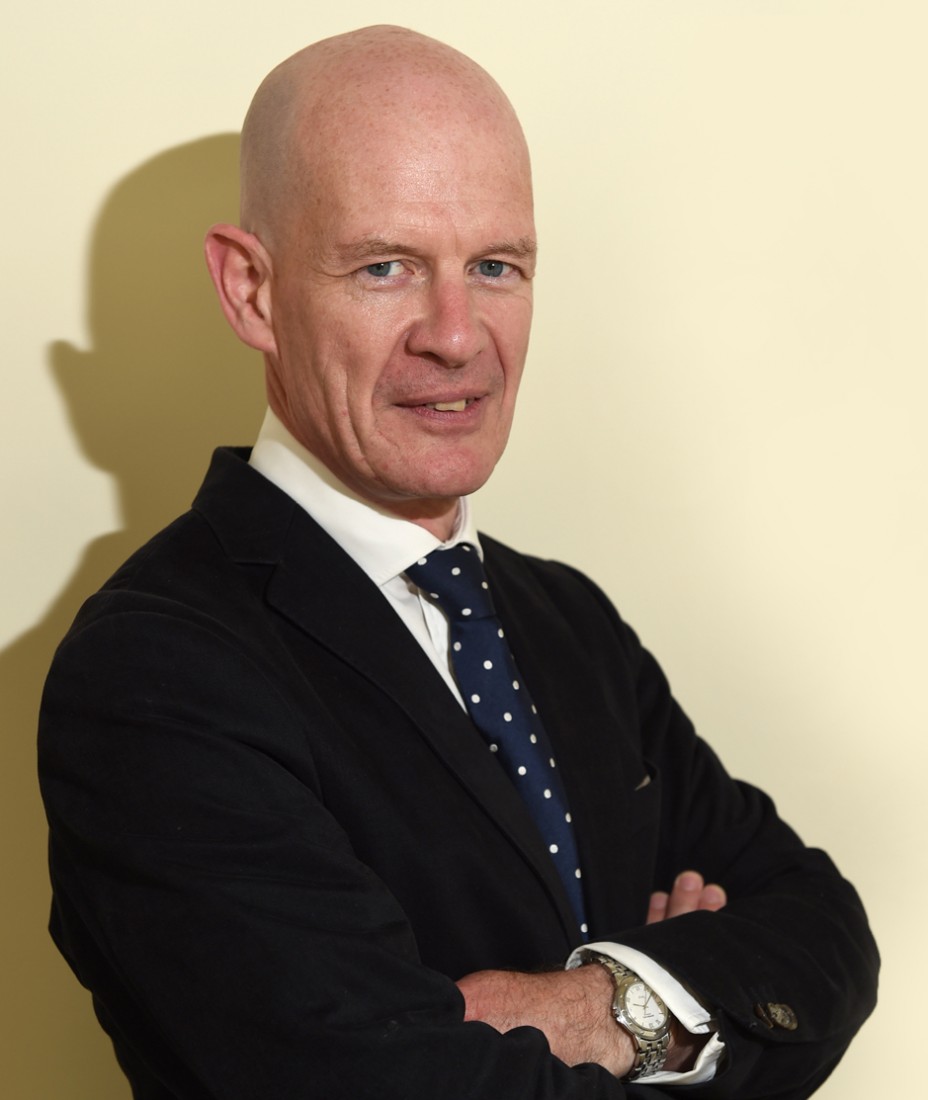 THE new Ambassador of Ireland to Nigeria, Ghana and Senegal, is Enniskillen-born Sean Hoy.

The 50-year-old, who lives with his wife and three children in Monea, has lived and worked across the globe as part of a role with the Irish government – and this latest move represents a fresh challenge.

A former student at St Michael’s College in Enniskillen, Sean acquired a degree in agriculture from Queen’s University, and upon graduating, spent two years in Sudan.

“The week after I graduated I went to Sudan with Concern, in 1985, that was the week after the famous Live Aid concert. I was there for two years, and then I came back and studied in England and did a masters in Development Planning in Norwich. I then when back to Sudan for two more years and then in 1990 I joined the Department of Foreign Affairs.”

Sean’s work in Sudan came after the droughts, disease and famine hit north eastern Africa – mainly in Sudan and Ethiopia.

“I think we just hit the ground running and there was no time to think. You’re in a collective effort working – it didn’t seem that there was anything more important to be doing.”

Sean then worked as a development advisor to the Irish government aid programme where he worked for 24 years.
“The government spends about 0.5 of a percent GNP – the national target is 0.7 – of tax on development aid. It’s directing that, trying to get the best value out of it. I’ve worked in our embassies in Mozambique, Uganda and Vietnam since.”

In Sean’s new position, he will be based in the Nigerian embassy. This is the first time his work overseas will see him move away from his family.

“This is a new position, to be head of mission, my first time. I will be responsible for managing our political, cultural and economic links with Nigeria and I have secondary accreditation which means I am also accredited to Ghana and Senegal.”

Sean explained the Irish government’s base in Nigeria.

“We opened the embassy in Nigeria in 1961, so it’s our oldest embassy in Africa. It’s building those relationships, deepening them, working on contacts. I would say at this stage, the image of for most Nigerians of Ireland is the missionaries. But that’s changing because the number of missionaries is falling. We have to work on new ways of building that bi-lateral relationship.

“A lot of it is about trade, economic partnerships. A lot of products that Ireland as an island has to export to survive and we have to keep finding new markets especially in the agricultural sector.

“I think to get a new challenge at this stage of my life is something that is really going to test me, it’s an interesting country. I’ve been there four times – we probably have about 40,000 Nigerians living in Ireland at the minute, so we have good links but building those and working on them is going to involve lots of challenges, but opportunities. In Nigeria they say every challenge is an opportunity for somebody.”

Concluding, Sean said that the most difficult part is that this time will see him move to Nigeria without his family.

“I think that’s going to be the most difficult part.

“It’s a busy country so your days will be fully occupied but going without the family is the hardest part.

“It’s doing something different and representing Ireland at the highest level is a great honour.”