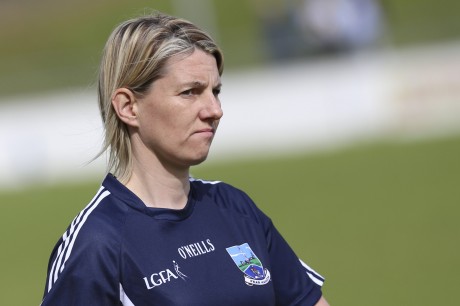 Fermanagh manager Lisa Woods is hoping that the removal of the ‘cushion’ that the back door provided her players on Sunday last will lead to a better performance when Fermanagh enter last chance saloon the weekend of August 9.

Woods’ Fermanagh produced a poor display as they relinquished their Ulster Intermediate crown to a ‘hungrier’ Down side who tasted their first Ulster title success in 14 years.

“I would have to say that we are very disappointed with the performance. There is so much more in the girls and I think they know that themselves,” Woods reflected the day after the game.

Down’s win means they go straight into the All Ireland quarter final while Fermanagh must go the scenic route and play a back door game in early August.

Woods is hoping that the real bite of do or die championship action will inspire her charges to better things.

“Maybe when the cushion of the back door is removed the players will play better. We had that cushion removed for the Antrim game when we knew we had to win and we played well and I hope that it happens again because we are still right there in the competition.”

On Sunday however Fermanagh were well off the pace, especially in the second half when Down were much the stronger side.

“We just did not perform. We were all square at half time and we had missed a lot of chances and we went out for the second half in a positive frame of mind but we just never got going. To be honest we never got out of second gear for the whole game and that is not good enough.”

Fermanagh lost Kyla McManus to a sin binning that did not help their cause but Woods pointed to an injury to a Down player which she felt had the biggest effect on the team.

“There was a stoppage to the game. A Down player had unfortunately got hurt and from the restart Down were just better than us. They were the hungrier side, especially in those last twenty minutes.”

Woods did reflect on those missed chances in the first half but the Erne boss wasn’t making excuses for what she described as a performance ‘well below our best’.

“Yes we hot the post and the crossbar and on another day those chances would have went in but we have to admit that we did not play well enough on the day and that is disappointing as I know we are good enough to beat Down if we play to our potential.”

Fermanagh may well get a chance to meet the Mourne ladies later in the season as they are still very much alive in the back door.

“We will have to put the heads down and honestly analysis our performance and see where we can improve. There is much more in the team and we all know that and it is about trying to find a way of making sure we show that the next day,” Woods concluded.