Advertisement
HomeHeadlinePotential for up to 600 jobs insists fracking company
Advertisement 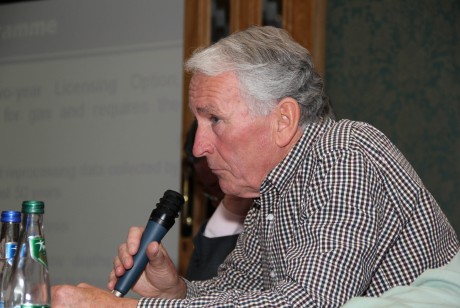 FRACKING COMPANY Tamboran has expanded on the promise of ‘hundreds’ of jobs coming to Fermanagh if Fracking goes ahead.

The company said that ‘if in due course the company is able to proceed to the next stage and that ultimately leads to gas production’, there will be ‘considerable employment opportunities both directly and indirectly’.

Anti-fracking campaigners have questioned the number of jobs promised by Tamboran, however, the company itself has reaffirmed intentioned to bring several hundred jobs to the area.

A spokesman told the Fermanagh Herald that the company ‘will require upwards of 600 people in full time long term positions’ and that they ‘will be seeking to recruit as locally as possible’.

The spokesman said: “We would propose to provide local training opportunities to ensure we have a well-trained local team as this would be preferable to recruiting from overseas. We are determined to create as many jobs as possible in the local area.”

The spokesman also said that the company will be seeking to use local suppliers ‘as much as possible’ for services such as aggregates, security, professional services, vehicles, maintenance, catering and hospitality.

The spokesman stressed that the company is ‘still at the very early stages of exploration and fact-finding and we firstly need to verify the presence of the natural gas in shale rock’.

He added: “We know some are opposed to natural gas and at the same time we know there is also considerable interest and support for the project. To date we have received several hundred enquiries about business opportunities and job opportunities, all unsolicited and mostly from local people. Given the potential benefits this project could bring through billions of investment, job creation and security of energy supply for decades to come, we would ask that people keep an open mind and make up their own mind based on the facts.”