A DISTRICT judge has told an Enniskillen-based specialist nurse charged with three counts of dangerous driving he was ‘amazed’ she would drive in such a manner having seen the horrific consequences it can have.

Judge Paul Kelly was speaking at the hearing of the case of Mary O’Callaghan (59) of 76 The Commons, Bellanaleck, Enniskillen who was before Monday’s sitting of Letterkenny District Court charged with three counts of dangerous driving.

The offences related to offences committed at Donegal Road and Cashelnavean, Ballybofey when off-duty Trafficorps Garda Damien Mulkearns on December 23, 2013.

The inspector added that the garda had said it was one of the worst case of dangerous driving he had ever witnessed.

She added that O’Callaghan had no previous convictions.

Solicitor, Mr Patsy Gallagher told the court that his client worked as a senior specialist staff nurse in Enniskillen and had 40 years experience driving without any convictions.

Mr Gallagher said his client had come off a difficult shift the night before and her mind was ‘in the wrong place’.

“She had people coming home for Christmas and was getting ready for the Christmas festivities. This all has had a very sobering affect on her.”

Having been processed by gardaí for three hours, the garda said O’Callaghan realised the seriousness of what was before the court. “She did not realise how bad it was, but was very co-operative while dealing with the gardaí,” Mr Gallagher said.

The solicitor submitted that the charges were ‘all the one incident’ adding that the experience had been a ‘wake up call’ for his client.

“She made a mistake and fully accepts how serious it was and she is very apologetic about it,” he said.

Judge Kelly said: “You work in a hospital where accident victims appear. I am just amazed that somebody in your position would drive in such a manner having seen the horrific consequences.

“You’re not the usual category of persons who are normally associated with such an offence, but Garda Mulkearns is very experienced and what he said speaks volumes.

“I am going to give you an opportunity to do the Dawnbreakers Pro-social Drivers Programme and put this case back to October 13.”

He also ordered O’Callaghan to make a donation of €150 to the Letterkenny-based training programme. 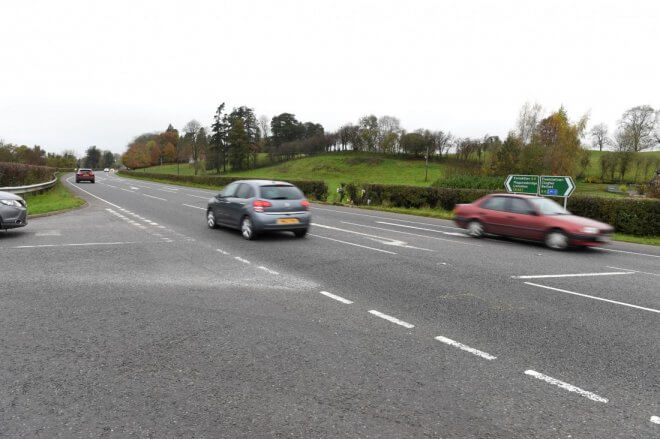 The judge added it was unfortunate that after more than 60 years of driving without incident Quinn was now...