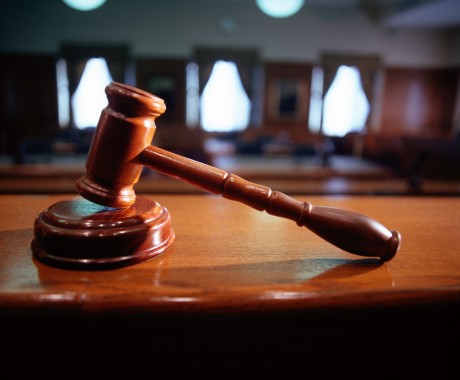 The defendant had gone to Letterkenny from Enniskillen on February 23, 2013 for a friend’s stag do

A JUDGE told a man who smashed a glass in a bouncer’s face, causing him to lose the sight in one eye, that he would have jailed him if it had not been for a plea for leniency by his victim.

The accused was before the court charged with the assault causing harm of Sean Gallagher, a security staff member at the Central Bar, Main Street, Letterkenny.

The judge told father of four from Clonatrig that his offer of €5,000 compensation would need to be reconsidered. After discussions between both parties, defence barrister Peter Nolan told the court this figure had been increased to €51,500.

Counsel for the prosecution, Ms Patricia McLaughlin told the court that Balfour had come to Letterkenny from Enniskillen on February 23, 2013 for a friend’s stag do. Mr Justice Deery heard that the group began drinking at 1pm. The group got separated for a period and went to various establishments.

The injured party commenced work in The Central at 8pm on this evening and had to deal with some members of the party, not including Balfour, asking them to leave the bar. Later that night, at 11pm, Balfour went to The Central to look for his friends. The court heard he was very intoxicated and was asked by Mr Gallagher to leave.
The accused refused to do so and said he wanted to have a glass of water before he left. The staff allowed him this request and Balfour was given a half pint glass of water.

Some minutes later Mr Gallagher asked the accused to leave once again, pointing towards the door. Balfour responded by smashing the glass, which he was still holding, into the right hand side of his face.
Mr Gallagher fell to the floor, along with Balfour on top of him, who was then dragged off the security man by other staff members.

Balfour then broke free and took off to Dillon’s Court Hotel where he was staying. While Mr Gallagher was taken to hospital the court heard that other security staff members restrained Balfour outside Dillon’s Hotel until the arrival of gardai.

Counsel for the accused, Peter Nolan, said his client’s version had differed from the account given. He said that his client said he was grabbed in a head lock while he was watching a boxing match on the television and when he swung around he must have accidentally collided with Mr Gallagher causing the glass to smash in his face.

Mr Nolan said that Balfour also alleged that he had been assaulted by the security staff members.
The injured party was initially treated at Letterkenny General Hospital before being transferred to Sligo and then Galway where he underwent plastic surgery and had glass fragments removed from his eye.

All investigations noted that Mr Gallagher only had the ‘perception of light’ in his right eye, but no vision. There are also further concerns that he could lose the sight in his left eye in the future as a result of ‘sympathetic opthalmia’.
Reverend Nigel Elliot, Pastor of the Elim Pentecostal Church in Enniskillen gave a character reference for Balfour. He said he had know the defendant for almost two years and found him to be a “hard working and highly respected member of the local community”.

He added that Balfour has four young children and this incident has had a profound emotional impact on the family.

Addressing the court, Balfour stated: “From the bottom of my heart I apologise for the injuries I caused. I came to Letterkenny and I honestly apologise for what I did. If I could undo anything, I would.”

Mr Nolan told the court that Balfour had a sum of money in court, €5,000, which he hoped Mr Gallagher would not see as an insult. He said it was all he could gather from friends and family.

The court also heard that civil proceedings have been issued in the High Court.

Judge Deery stated, however: “Mr Gallagher is entitled to compensation and this is without prejudice to what happens in the circuit court. If €5,000 is the best he can do then it doesn’t hold much hope for the future.”
He suggested that Mr Nolan discuss the amount of money further with his client and urged them to consider it overnight and adjourned the case to Thursday morning.

When the court reconvened yesterday, Judge Deery said the €3,000 bail money, which had been lodged with the court at the time of his arrest, is to be paid immediately to Mr Gallagher, while the remainder will be paid in instalments over an agreed period of time.

Mr Gallagher requested to address the court and, in the witness box, pleaded with Judge Deery not to send Balfour to prison.

“I do not want to see Ian Balfour getting a severe sentence and I fully accept his apology and now want the matter closed between myself and himself,” Mr Gallagher said.

Judge Deery said the incident was “life altering” for Mr Gallagher and his family and that he cannot work again in the Central, nor can he carry out certain work on his farm.

He said that, initially, Balfour claimed he was “provoked” and that he had acted in “self defence” but that these claims did not stand up.

“You are a very lucky man to escape jail, thanks to Mr Gallagher,” concluded Judge Deery.