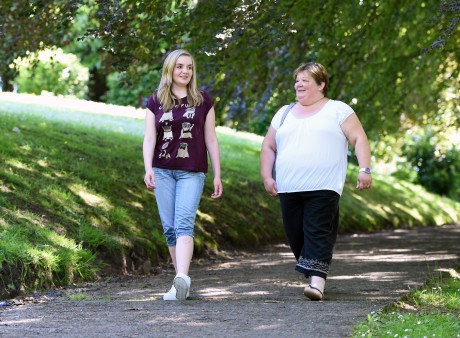 Almost 20,000 people in Fermanagh are on the organ donor register, but with three people dying every day in need of a lifesaving transplant there is an urgent need for more.

Currently over 7,000 people in the UK require an organ transplant and approximately 160 patients in Northern Ireland.

The need for transplanted organs continues to outstrip the supply, with some patients forced to wait years before a suitable organ becomes available.

While there have been 183 deceased organ donors in the North over the last five years the more alarming figure is that during that same time period 75 people died from waiting for organs.

In the Western Trust area within the past 12 months there have been 12 donors who have donated 46 solid organs and tissues. While the figures are admirable and the donations have helped save lives, more can be done.

“Although most opinion polls within the UK show the vast majority of the population is in favour of organ donation and would consider donating some or all of their organs, evidence shows that there are low levels of awareness of organ donation and the need for transplants. Another challenge is that many people have never discussed organ donation with their families, making the decision to donate more difficult if and when the time comes.

“Of the 500,000 people in the UK who die every year, less than 5,000 of them will die in circumstances where they can be an organ donor. This is why it’s vital that everyone who wants to donate their organs after their death tell their next of kin and sign up to the organ donor register.”

Martina who works directly with families, stressed the difference organ donors can make to someone’s life.

“Transplants are one of the most miraculous achievements of modern medicine. They enable about 2,700 people to take on a new lease of life in the UK every year.

“Transplants are the best possible treatment for most people with organ failure. The increasing effectiveness of transplantation means that many more patients can be considered for treatment in this way. But there is a serious shortage of donors. For some people this means waiting, sometimes for years, and undergoing difficult and stressful treatment.”

She added:  “Too few people have joined the NHS Organ Donor Register and made sure that their families know their wishes. While only a very few people die in circumstances which would enable their organs to be donated, many people can donate tissue after their death. Scientific and medical advances in the treatments that are available for patients has led to an increased need for donated tissue.”

Anyone who wishes  to donate their organs after their death should tell their next of kin and sign up to the organ donor register by calling 0300 123 23 23 or go to www.organdonation.nhs.uk.

Sixteen-year-old Kirsty Clarke from Lisnaskea received a heart transplant four years ago and her mother believes the operation has given her daughter a ‘new lease of life’.

Kirsty first became sick back in 2008 when it was discovered that a virus had attacked the left side of her heart. meaning only 25 – 30% of her heart functioned.

Her mother Sharon explained further: “It was when Kirsty was in her last year at primary school. She had shortness of breath, she lost weight and wasn’t fit to play. You could see her heart jumping through her t-shirt – it was beating very quickly and wouldn’t slow down.”

After months of treatment, the Clarkes were told the terrible news that Kirsty would need a heart transplant as soon as possible.

She was put on a world-wide register, which meant they were looking anywhere in the world for a suitable heart for her.

“At the start of 2009, we were called over twice to Freeman’s Hospital in Newcastle for a possible transplant – when organs were located  – but it turned out they weren’t a suitable match.

“On March 12, 2010, we went over to Newcastle and Kirsty had her operation on March 13. And we weren’t home again in Fermanagh until May day.”

Four years on, and Kirsty is ‘growing into a young woman’, which  never would have been possible had it not been for an organ donor.

“It gives a child or an adult a new lease of life,” Sharon commented. “Kirsty couldn’t do P.E, couldn’t go away with friends and was just in hospital all the time. It was a complete release for Kirsty.

“Everyone should sign up to be a donor. By right, it should be whenever you’re born you are put on it and then later on in life you can decide if you wish to be taken off it.”
She reported that her daughter hasn’t looked back since the transplant and has suffered ‘no ill-effects’.

The Erne Integrated College pupil gets ‘shared care’ between the Royal Victoria Hospital in Belfast and the Freeman’s Hospital in Newcastle every three months, but is able to live a normal life.

“She’s completely different now; she’s growing into a young lady now and it couldn’t have happened without an organ donor.” 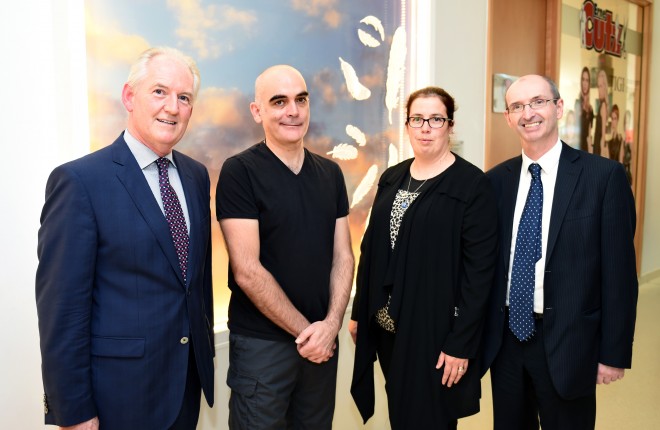 THE parents of Oisin McGrath, the 13-year old St Michael’s College student, from Belcoo, who died as a result... 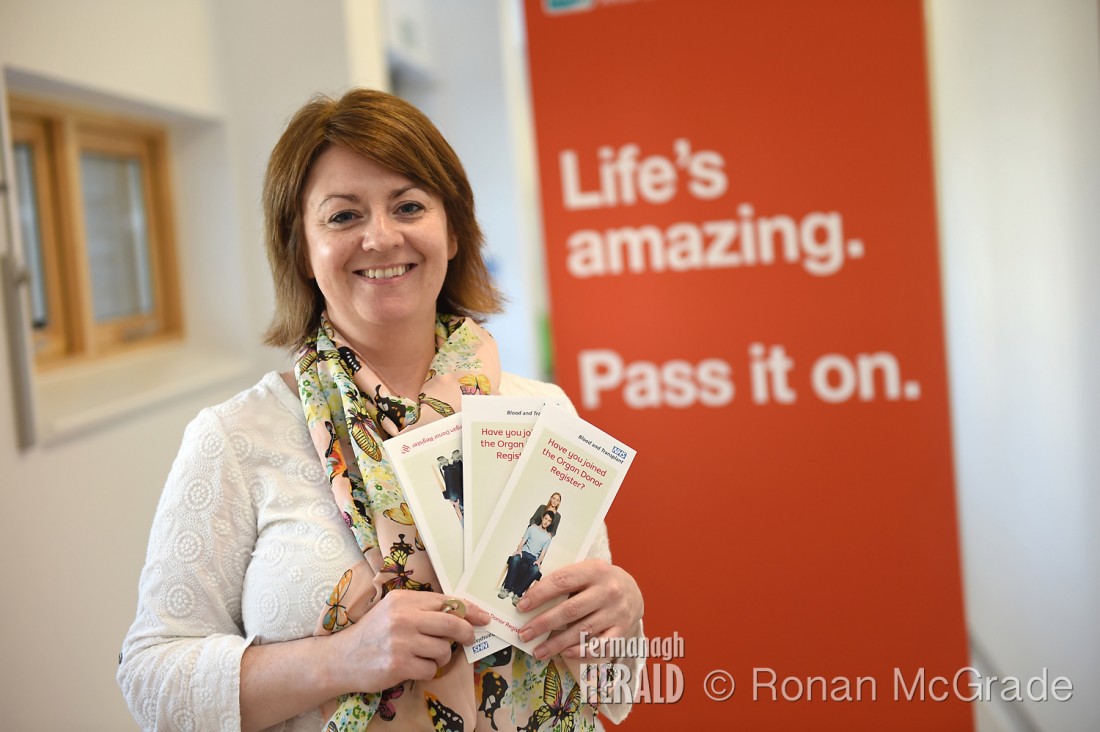 Giving the gift of life

ONE organ donor can save as many as seven lives and local people are being encouraged to say yes...