Fermanagh girl Tara Malone and two of her running mates are taking up the challenge to raise money for MacMillan Cancer by running six marathons in six countries in six days.

Tara, along with Paul Floyd and Darren Hamilton are work colleagues and met through their mutual hobby of running. They had often discussed trying to raise money through our love of the sport. On New Years Day 2014, it was Darren who suggested this challenge and he had no problems encouraging Paul and Tara to take part.

Tara started running in 2007 when she decided to try run a marathon before she reached the age of 30. She ran her first marathon in Connemara in 2008 and has now 16 marathons under her belt in Ireland, UK, Europe and America.

She is a long standing member of Enniskillen Running Club and participates in many local and national running races/ cycling events and triathalons. She just finished her 17th marathon in Limerick last Sunday.

Darren is a retired sprinter and has participated in the Commonwealth Games, however he retired from sprinting in 2002 and ran his first marathon in Dublin in 2012.

Paul meanwhile has completed nine marathons and has been progressively getting faster, running his latest marathon in a very commendable time of 3.04 in Paris this year.

The challenge will see the trio run the marathons approx an hour or so slower than they would at present run a marathon race. Their personal bests for marathons range from Paul’s 3.04 in Paristo Tara’s 3.18 in the London Marathon this year. They hope to complete each marathon in and around the four hour mark.

To prepare for the challenge we have been running between 80-100 miles a week. Regular physio and cross training has also been implemented by all three to ensure overuse injuries are at a minimum.

The aim is to start running each day at 8am and finish around 12.30pm. This will allow them time to get to the next destination and recover however the recovery will be far from luxurious. A minimal support crew of one man and a mini bus is ensuring that costs are kept to a minimum and all funds raised go direct to the station.

The marathons will start on 17th June in Edinburgh, Scotland, then down to Blackpool, England, following into North Wales, then across the sea to Isle of Man, crossing over again to Dublin, Ireland and then finishing in a triumphant return to Belfast, Northern Ireland on the 22nd June….157.2 miles later !!

There is a Facebook page set up and it will have up-to-date information on the planned routes being run, how to donate or how to help etc.

It is called “6 Marathons 6 Countries 6 Days”. All are welcome to join them at any stage of the journey.

There is also a Just Giving site set up for those who wish to make a donation to Macmillan Cancer www.justgiving.com/6marathons6countries6days

Alternatively, you can also text the word DUTT65 plus your donation (£2 for example) to 70070. 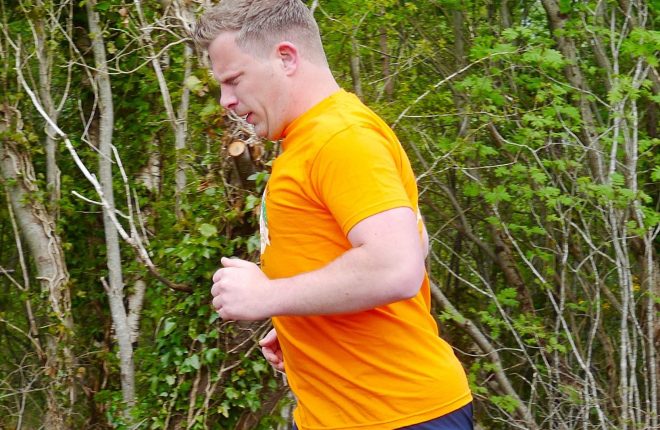 Marathon run from Belleek to Dublin for businessman

BELLEEK businessman, Terry Hughes, is taking on a marathon charity challenge later this month as he runs from Donegal...