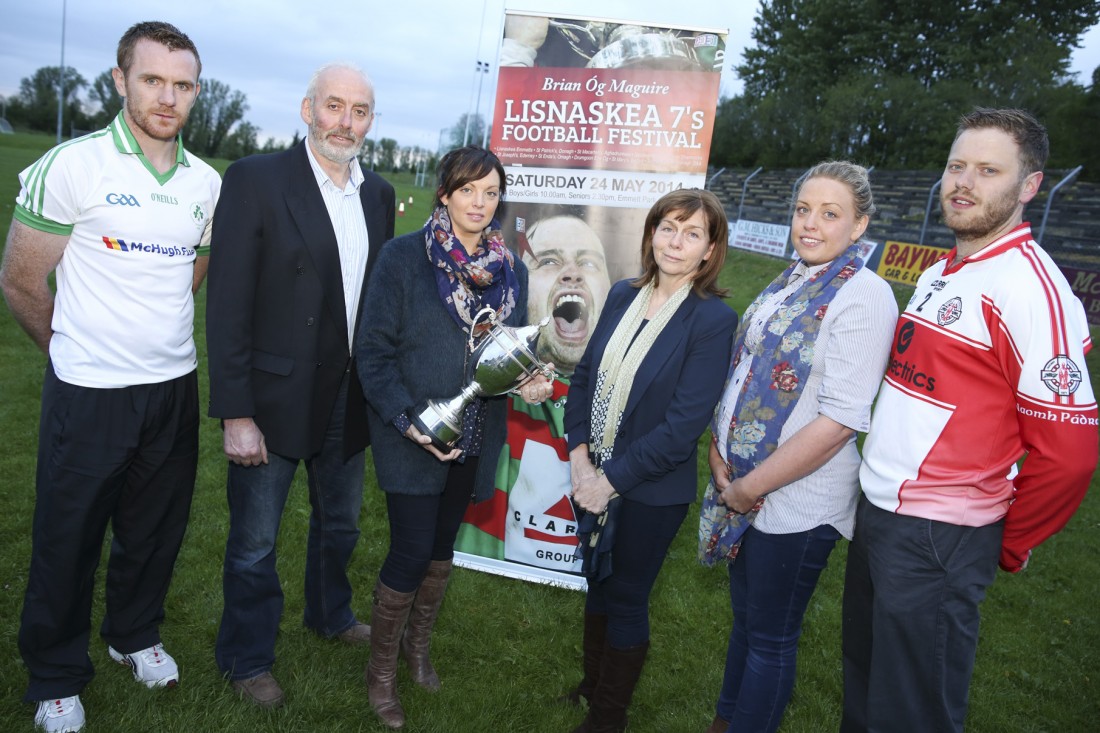 Lisnaskea Emmetts will hold a seven aside tournament in memory of Brian Og Maguire with some of the biggest names in Ulster football set to attend.

The teams competing all have a connection with Brian either through family or teams he has played for and the event will take place on Saturday May 24.

Brian, who was a star for Lisnaskea Emmetts, Fermanagh and St Mary’s College Belfast, tragically lost his life in an industrial accident in September 2012.

He captained Lisnaskea to an All Ireland Intermediate success in 2011 and was also a regular for Fermanagh. He was preparing for a senior county final when he died.

The Lisnaskea Club are hoping that this tournament in his honour will be a real celebration of the life of Brian. An under 14 boys and under 14 girls tournament will get the days events off to a start followed by an adult competition in the afternoon. Peter Canavan, Paddy Tally, Justin McMahon and CJ McGourty are just some of the personalties who will be in attendance.

The launch of the event took place alongside the draw recently and it threw up some tasty encounters in the adult event.

Group 1 will see Lisnaskea Emmetts face Fermanagh, a Dom Corrigan managed Clontibret and Roslea. Group 2 will pit another Emmetts select against Newtownbutler, Omagh and St Pats Donagh while the final group will see Aghadrumsee come up against St Galls of Antrim, St Joseph’s Ederney who will have Brian’s brother in law, Marty McGrath in their ranks and finally St Mary’s College Belfast.

Fermanagh Gaels and indeed those from further afield are urged to come along and support this event and make it into something special.