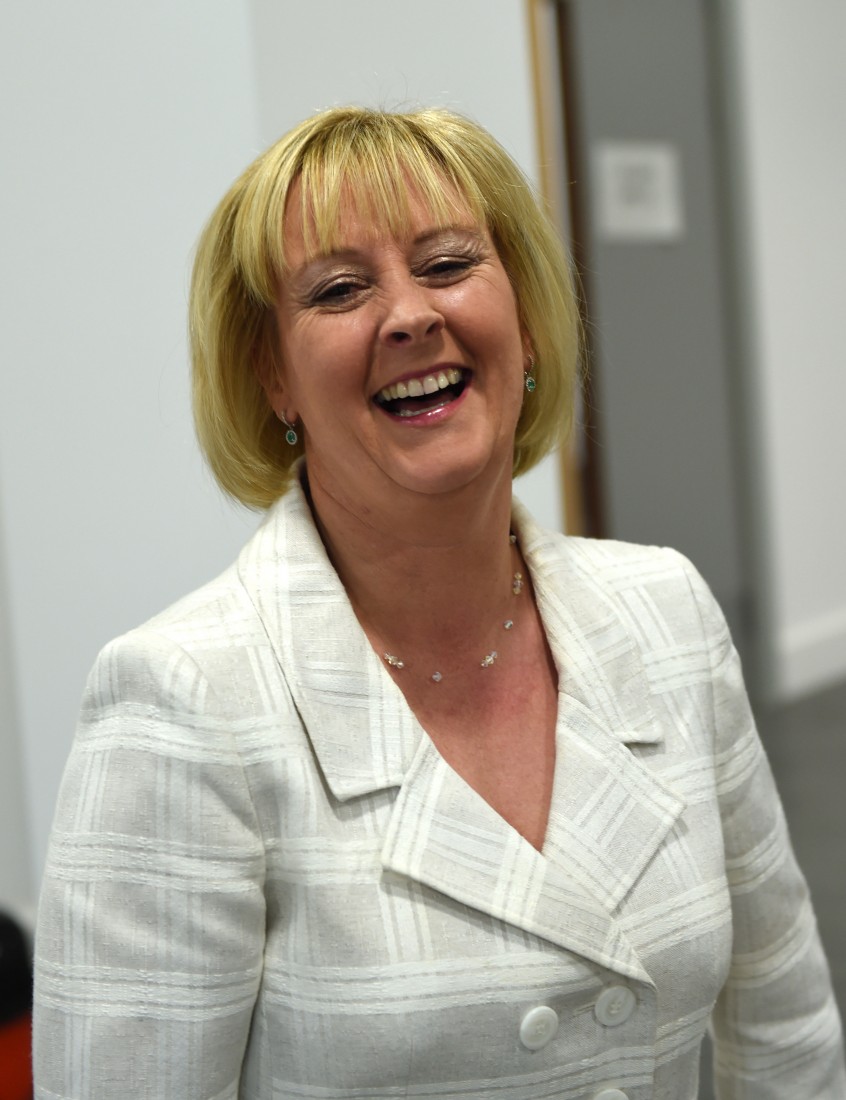 Bernice Swift, Erne West, at the election count at the Omagh Leisure Centre

THE people of Erne West have made history in being the only constituency to have elected an independent woman to the new super-council of Fermanagh and Omagh.

Derrygonnelly councillor Bernice Swift, pictured, increased her vote by 191 an increase of almost 4% getting elected on the first count with 1195 first preference votes, obtaining 17.3% of the overall vote in Erne West.

Speaking after her election the  councillor expressed her delight at being able to once represent the local people in her area.

“I am totally ecstatic and proud to receive such an endorsement by the electorate of Erne West to continue to effectively represent them in the new Fermanagh/Omagh Council.

“I want to sincerely thank the 1195 people who came out and gave me their number 1, and as I stated on my election campaign I will certainly make them my number one  priority ensuring they are properly represented in the new Super Council.

“I also want to thank my election workers who worked tirelessly over the last two months up and down rural roads all across Erne West ensuring the Independent Swift message was delivered.”

She added: “The electorate has given me a very strong mandate to continue to challenge the bad decisions of the larger parties who in Fermanagh have seen a significant drop in their vote.

“I will ensure that the policies of closing our rural Schools and attempts at Rates increases are vigorously challenged.

“The failure to deliver proper telecommunications along with the unfair digital divide for rural Fermanagh will continue to be top of my agenda. Local Government must be made accountable to the people and of the 1195 who elected me they can be assured I will ensure their voice is heard.”