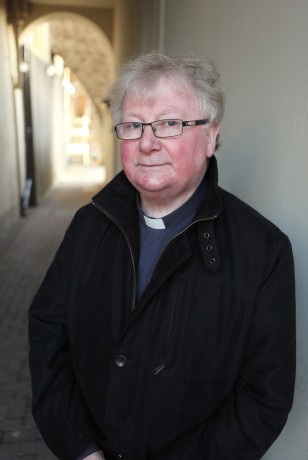 SCHOOLCHILDREN are going into school in the morning ‘hungry’ having not been fed at home, according to a local priest.

Fr Joseph McVeigh, curate of St Michael’s Parish, spoke this week of a growing trend of ‘social deprivation’ of which young people going to school hungry is in direct correlation with a growing trend here, whereby ‘people are having a hard time because of the cutbacks, and the lack and loss of  jobs’.

“Some children are coming to school not having had a substantial breakfast,” Fr McVeigh told the Fermanagh Herald.

“There is a trend here towards an increasing depravation in our community and it needs to be tackled before it heads further in that direction.

Fr McVeigh, who is from Ederney originally, has been curate in the Enniskillen and Lisbellaw parish for the past number of months.

He has described how he is continually learning about social deprivation in the county, and wasn’t slow to point the finger of blame on the British government.

“It’s part of the bigger picture, where people are having a hard time because of the cutbacks, and the lack and loss of jobs. People are finding it hard to cope.

“They’re doing great harm to our society and our community.

“They’re singling out a section, the less well-off in our community and they’re not attacking the people who can afford to pay more tax to pay for better services.

Fr McVeigh spoke of the growing problem of ‘pay day loans’, whereby people can take a loan out, but with a high interest rate.

“I would advise people to have nothing to do with them. They should not be allowed to operate at all.

“They’re loan sharks, and are causing people here a lot of distress.

“They shouldn’t be allowed to operate.

“They couldn’t operate if people were given their proper entitlements on the welfare system.”

Fr McVeigh added that he felt obliged to speak out on the issue.

“As a church man, I feel duty bound and obliged to speak out about it.

“The social cohesion of our community is all affected.

“I don’t think people are generally aware of it, except those who are affected by it. I don’t think I was as aware as I should have been.

“It’s only in the last while that I’ve been hearing stories, stories from people like St Vincent De Paul, and the money they’ve had to spend over the last year.

“It’s as bad as anything I’ve seen, what worries me is it’s getting worse instead of getting better,” he added.