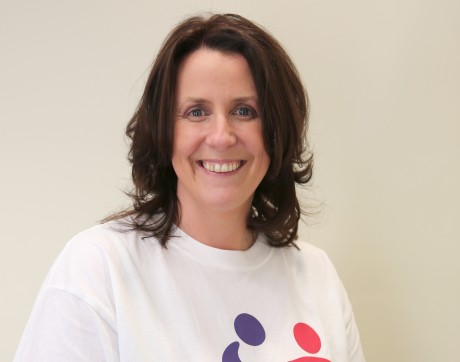 THE new chair of the local branch of the National Autistic Society, is Enniskillen woman Orla Humphreys.

Orla, whose son Joshua (11), was diagnosed with Autism last year – and that was when Orla first got involved. Back in March, the present branch officer was made chairman.

“Whenever Joshua was diagnosed, when it was mentioned to me about going to the group, I wouldn’t be the sort of person who likes to get involved – I’m very personal – but I said to her that I’d give it a go. And I’ve been going to the group ever since,” explained Orla, who is married to Daryl, and has a second child, Kirsty (14).

“You could identify with what people were saying – with Autism because there’s so many symptoms it can be very difficult. It can be great to get advise from other parents and their experiences.”

The group meets on the third Wednesday of every month, from 8pm-10pm above Donal McGovern Opticians, 17 High Street, Enniskillen.

Autism.org.uk defined the condition as ‘a lifelong developmental disability that affects how a person communicates with, and relates to, other people. It also affects how they make sense of the world around them’.

Orla went on: “I know Autism is very difficult for the child and the parent, and I know that our group gives a chance for the parents and guardians. You can’t define it in one word because it’s on so many levels. I suppose for parents to deal with it. On one hand, my sister has a child that’s non-verbal and has learning difficulties, and yet on the other scale, Joshua, my son, is in a mainstream school with a one-to-one assistant. You can’t compare from one to another.”

The group organises activities for young people, and provides support for parents and guardians, and Orla is looking forward to her year as chairman.

“I’m looking forward to getting our group recognised, I know there’s a lot of parents who don’t realise we exist. We have went about trying to advertise it a little built more, to get out there and get more parents involved. The group only works when you have parents and children involved.

“Everybody knows someone with Autism. But there are so many not benefiting because they don’t know about the group.”
For more information you can contact: westenniskillen@nas.org.uk.