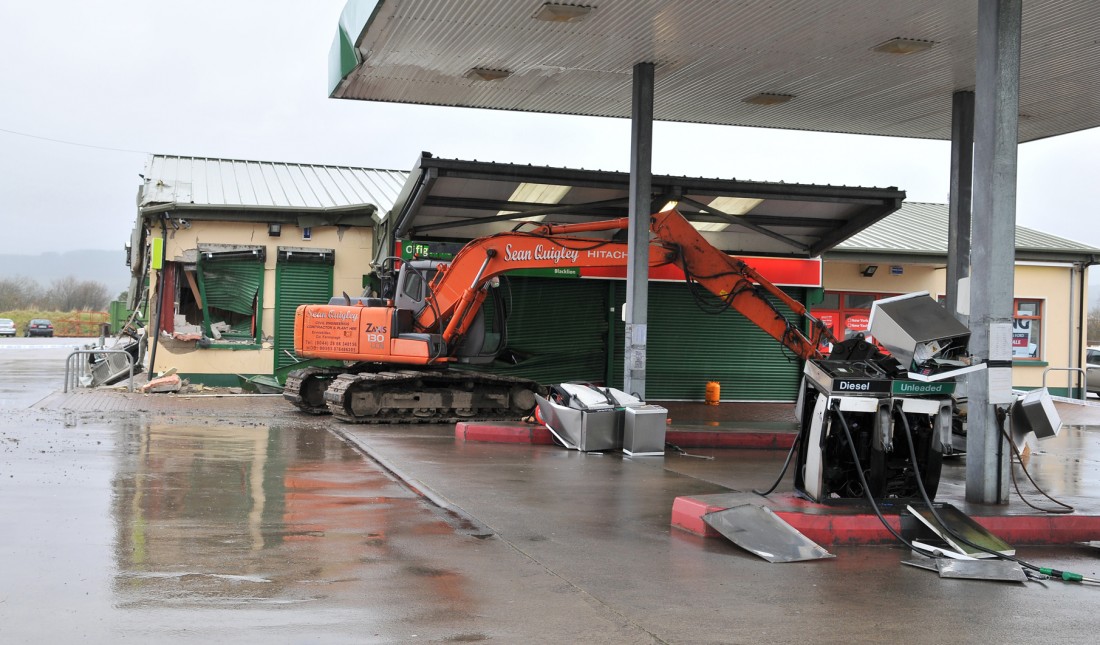 AFTER almost two months without a post office the people of Blacklion are soon to get a reprieve after the announcement a new site has been acquired and will be up and running in two weeks.

Now though there is light at the end of the tunnel as new premises has been acquired for the post office on the Belcoo Road at the edge of the village on the site of Peter Maguire’s former draper store.

Michael Fitzpatrick of Kilinagh Community Council explained why it has taken seven weeks to come to this point.

“The hold up has been due to security personnel coming in to inspect suitable premises after the last attack.
“It has been a major inconvenience, say if you only want to post a letter one letter and need one stamp you have to travel to Glenfarne for one.

“It is difficult especially for old age pensioners who don’t drive, they have to get people to drive them, it is a big inconvenience as is the loss of the supermarket.”

With the loss of fuel, postal and grocery provisions the people of Blacklion have been forced to look elsewhere, taking business away from the village.

“Belcoo would be cashing in,” noted Michael, “it would be getting the bulk of the shopping.”

He continued: “The only thing about that is going over from Euro to pound people can be paying over and above the value.

“Most businesses don’t give us a proper competitive rate. You could lose a couple of percent very handy.”

According to Michael the new post office may also provide a small shop, another welcome boost for the local community.

As for the future of the filling station the Kilinagh Community Council wrote to the receivers a month ago enquiring about their plans for the site. As yet they have yet to receive a reply.

Michael and those within the local community are indebted to the ‘trojan work’ of Blacklion Fianna Fail county councillor John Paul Feeley.

“The day the damage was done he spent half the day here and secured the commitment from An Post for new premises. Really and truly it was him and him alone. All credit must go to him.

“The announcement of the new location of the post office was made last Saturday in Mass by the priest at the altar and he said thanks to John Paul Feely and the whole congregation clapped.

“That shows just how much we appreciate the work he has done.”

Mr Feeley expressed his delight that the service is soon to be restored.

“There has been a huge level of concern that this vital service would be lost but the agreement to open in a premises on the Belcoo Road will put an end to the uncertainty and allow the community to access normal post office services into the future.”

He added: “We are happy it is on its way back, the work is ongoing on the site at present, the unit is being refitted along with security measures being put in place. The work is coming on well.

“It is my home village, it is my neighbours who rely on the service and it is obviously of paramount importance to me.”