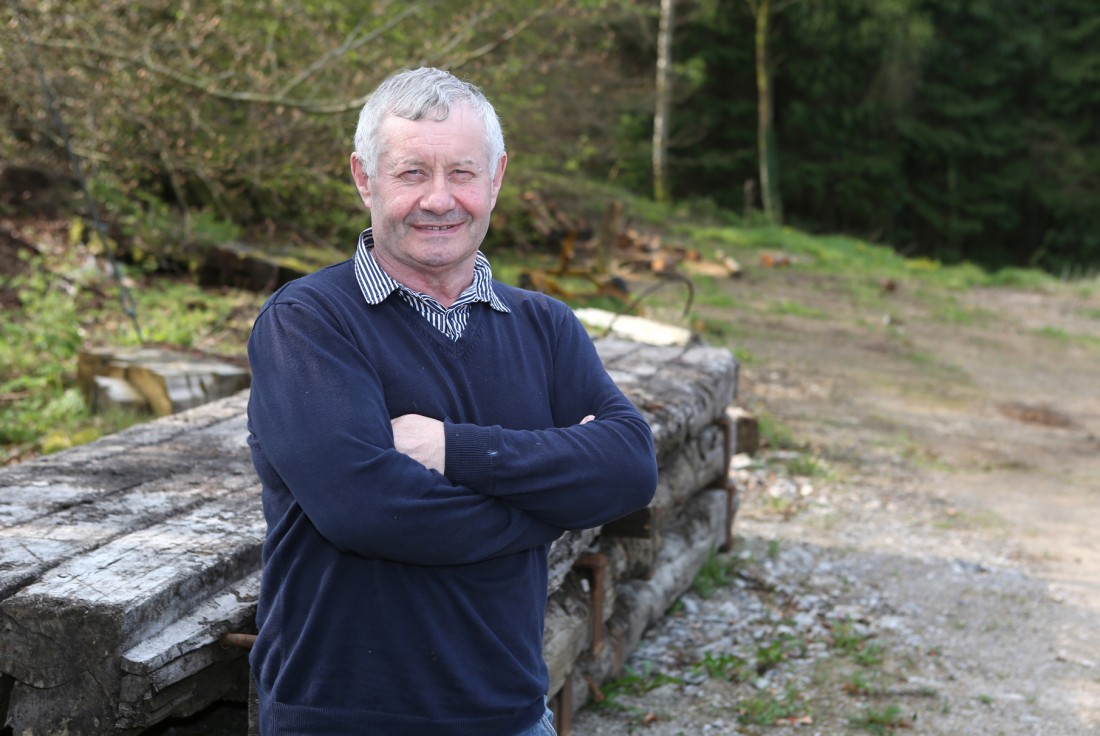 He joined the service at the age of 15 on leaving Mullaghfad School to begin a five-year apprenticeship as a mechanic at Pubble Workshop outside Tempo.

Tomorrow will still find him there, having worked his way through the grades to foreman fitter, and now area engineer.

A spokesman for DARD said John was widely known and respected within and outside the Forest Service.

“A retirement function was organised and attended by a large number of colleagues and family in the Valley Hotel, Fivemiletown on Friday 25th April to honour John and wish him a healthy and happy retirement.”

Yesterday, John explained how he followed his late father, Frank, a foreman, into the Forest Service.

“I started with Bob Morrow, who was the boss back then, here in Pubble. My family knew him. We were the main repair depot for machines for all of Fermanagh and Tyrone, all sorts of machines, big and small.

“I can say with hand on heart, there was nothing that defeated us. Some of the machines are very modern, especially those or cutting timber, but you soon get the hang of it.”

Today, the area covered by the six-strong team of fitters embraces the whole of the North which could mean a fitter is away for two whole days.

“They’re out all the time when a machine breaks down and, but if it’s a really big machine, that’s when they’re brought in here.”

The industry has suffered a series of cutbacks in recent years, not least in personnel. At one time, Pubble had an office staff. Today, John and his colleague, John Primrose see to that side of things.

“ We have a lot smaller fleet of vehicles”, John explained, “and, when I joined, the Forestry Service was buying up land for planting. That’s stopped now.

“But, in saying that, Fermanagh has a big lump of land under forestry and, at the time, it gave a fair bit of employment.”

“The years flew past, they definitely did. It wasn’t long going in, but I did enjoy it.”

Married to Philomena, John is dad to Niall, winner of a Fermanagh All-Ireland B medal, Kieran, Caroline (Maguire), Jackie and Siobhan.

Having served Brookeboro GFC as a player until he was 36 (with a Fermanagh minor cap under his belt), John turned to refereeing (’someone had to do it’) and was club chairman for 12 years. He was returned to the chair two years ago.

Asked what plans he had for his retirement, he said he hadn’t made up his mind.