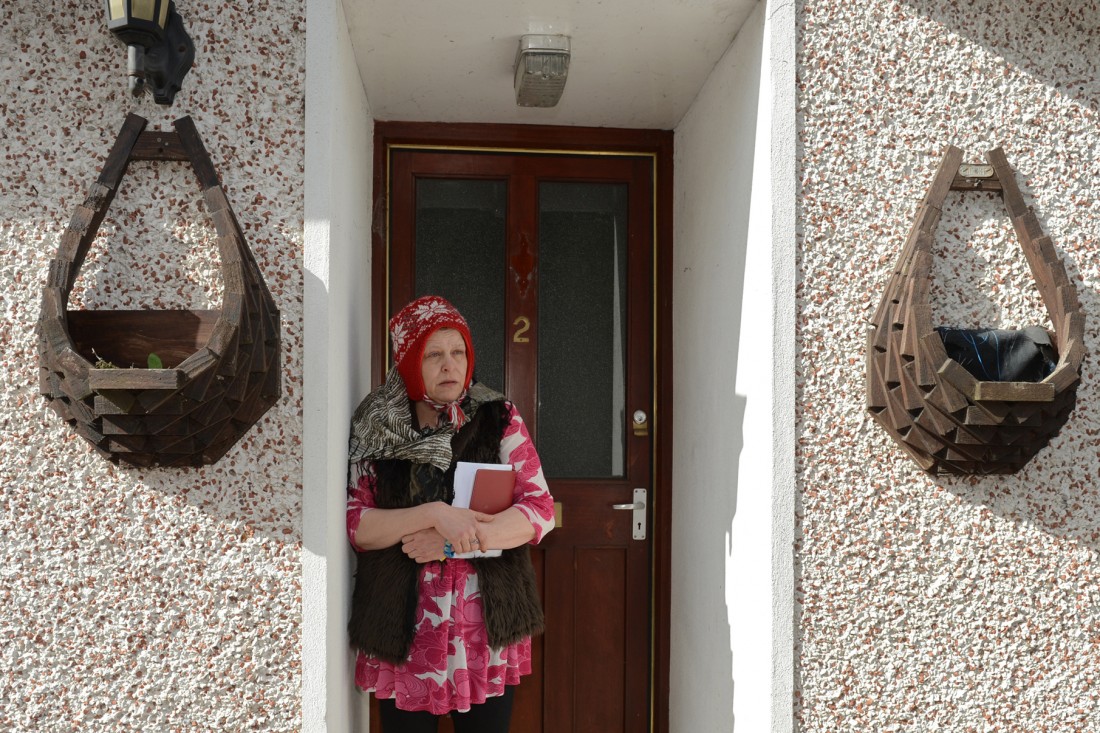 A CONVICTED sex offender who is on the run says she has no intentions of handing herself in to police or the court service, it can be revealed.

Caroline Irwin, of Carrowshee Park in Lisnaskea, was found guilty of sexually assaulting a young man after she grabbed him by the backside, told him she loved him and attempted to give him a “love bite” on his neck.

The 47-year-old was due to be sentenced at Enniskillen Magistrates Court on Monday but failed to turn up. A warrant was issued for her arrest but Irwin told the Fermanagh Herald that she will not volunteer herself to police.

Refusing to disclose where she is, the grandmother explained she is trying to turn her life around.

“I’m not ready to say where I am and I won’t be handing myself in,” she continued.

“I’m at a very peaceful place at the minute. I have tried turning my life around and went to rehab and haven’t drank since.

“I have nowhere to go, I’m very sick and I am very angry. All those allegations are untrue and I am not going back to court. They destroyed me.

“I’m on the run from court and I won’t go to police. They sentenced me in my absence while I was in hospital – I have been set up to fail in every direction.”

She failed to turn up on the day of the court contest and defence solicitor Michael Fahy said he had received a phone call from Irwin saying she was sick.

Defence barrister Des Fahy explained that his client had initially denied the charge and she was convicted in her absence.

The court was told that the incident happened on November 2, last year.

The victim described how he was in bed when he got a text message from a friend asking him to go to a house in Lisnaskea, where a woman wanted to pay him £10 for cutting her lawn.

When he went to collect the cash, Irwin was also there.

The young man was asked to carry out bags to a taxi that was waiting for Irwin when she “grabbed me by the backside, four or five times”, the man said.

He also said how Irwin took one of his hands and told him: “You have lovely hands.”

As he walked out the gate, Irwin tried to give him “a love bite” on the neck, but he moved his head to stop her from doing so.

The man added that Irwin also dug her fingernails into him when she grabbed him by the side.
He then told her: “Please stop. I don’t like this.”

District Judge Nigel Broderick said he was satisfied this was “deliberate touching by the defendant and it was of a sexual nature and he didn’t consent to it”.

Judge Broderick issued a warrant for her arrest following her court absence.

AN ENNISKILLEN man who sexually assaulted a paramedic and a police officer while on “legal highs” has...