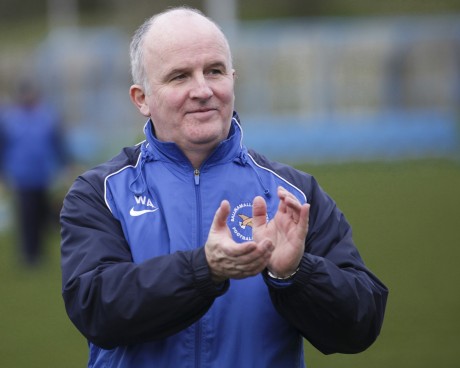 BALLINAMALLARD United will stay in the Irish Premiership, after a result in the Championship went in their favour.

It had been thought that Ballinamallard would need to win away at Warrenpoint to ensure their survival, however, a Bangor 6-2 win over Lisburn Distillery – sees Whitey Anderson’s side stay in the top flight.

Bangor had not applied for a UEFA license and so are ineligible to move up the top league.

This means that one team less will be relegated, and, as such, Ballinamallard’s 11th position in the league keeps them safe.

Manager Whitey Anderson is delighted for everyone at the club and says it could be a bigger achievement that fifth place last season.

“It’s great for everyone at Ferney Park from the bottom to the top.

“I’m delighted for the player who have worked so hard all season. We’ve just gone five games unbeaten and that’s the sort of form we should have had earlier in the season.

“We’re still going to Warrenpoint on Saturday looking for that win to take us into 10th place. We want to finish on a win,” he said.