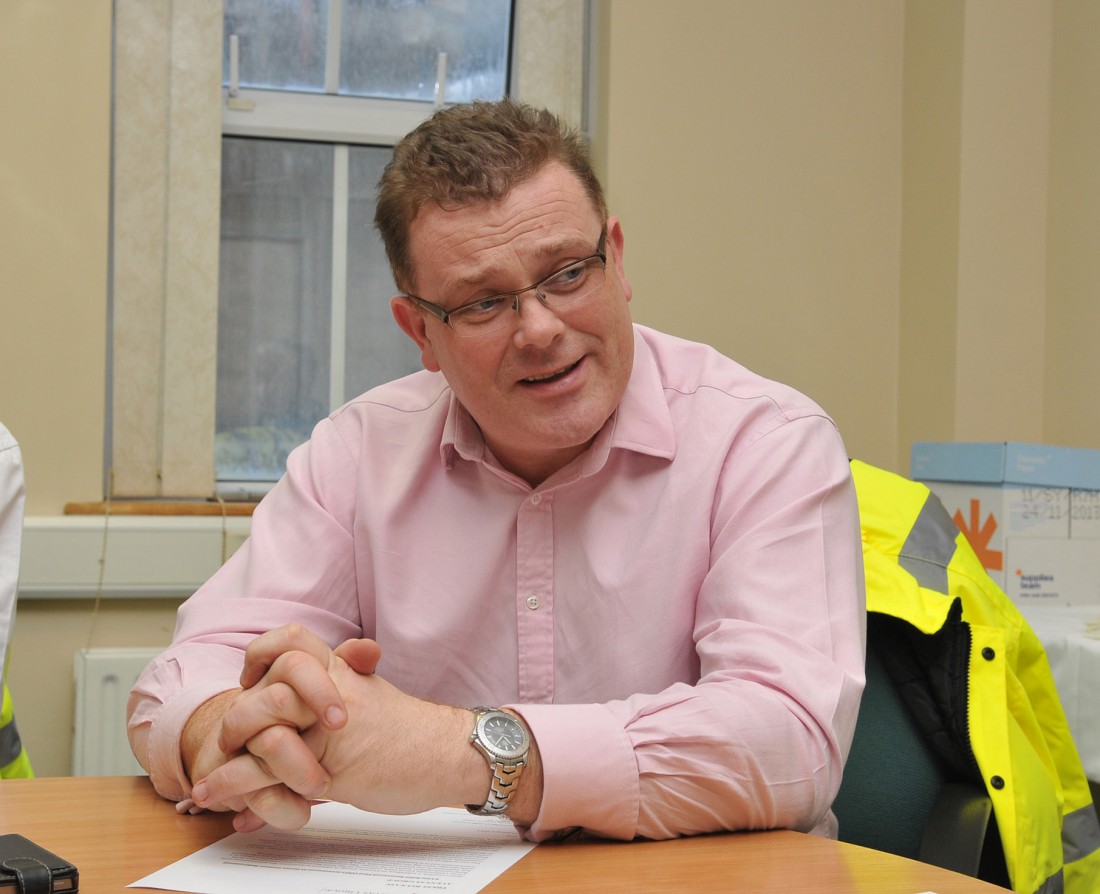 LAWLESS..Aventas Paul O’Brien CEO has warned that the attacks are affecting the region’s reputation

Relentless attacks on the Aventas Group have taken a sinister turn after a fire bomb vehicle ploughed into the Quinn Packaging plant threatening the lives of 30 staff who were metres away from the burning jeep.

Those behind the latest attack ripped the roof off the 4×4 jeep and packed it with tyres and petrol canisters, intent on causing maximum damage.

It has also emerged that around 30 night staff were working some 10ft away from the vehicle, which had POB1 emblazoned on the number plate in direct reference to Aventas chief executive Paul O’Brien.

It is understood the vehicle was driven through a wooden fence at a neighbouring petrol station and down a footpath in order to gain access to the factory.

In response to last Thursday’s arson, Mr O’Brien issued a scathing attack on those responsible and claimed there was an element of ‘lawlessness’ in the area.

In a 400 strongly-worded statement, he criticised how no one has been prosecuted for the relentless attacks over the last three years.

He stated: “It is very evident that there is a common thread between these attacks, the vicious and inflammatory postings on various social media platforms over the past eighteen months and other more recent nefarious activities.

“These reckless actions of sabotage are in some extraordinary way deemed acceptable by those who would like to pave the way for the return of the former owner and certain of his former colleagues.

“These attacks have been going on for almost three years and to date no one has been prosecuted before the courts.”

He went on to reveal that the Aventas board is to meet with the northern and southern governments to help curb the attacks and bring the perpetrators to justice.

Last week, this paper revealed that Aventas is considering an offer to sell the Quinn Packaging plant after they were approached by an interested party.