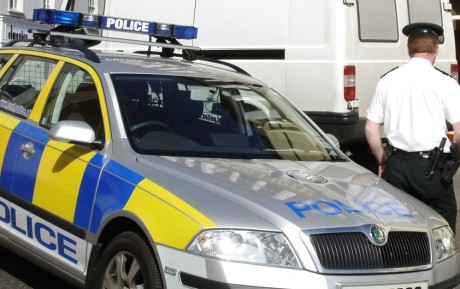 The officer who discharged the taser said he had done so in order to minimise the threat posed by the man to himself, to police officers and other members of the public.

POLICE were ‘justified’ in using a taser to help restrain a man who was threatening to slash his own throat, according to the Police Ombudsman.

The incident happened after police received a 999 report that a man – who was not named in the Ombudsman’s report – had a long knife and was outside a house in Belleek threatening the male householder in June 2013.

Police also received a call from the man’s mother, who said he was outside her house and was threatening to kill himself.

When officers went to the scene, the man’s mother said he had put the knife back in a kitchen drawer and ran off upon seeing police.

A police armed support unit arrived a short time later and established that the man had gone to another house nearby. Officers from the unit told police ombudsman investigators that they spent about five minutes outside the property warning that they would force entry if they were not allowed into the house.

Finally, officers forced entry to the house, despite the efforts of the man who was trying to keep the door pushed shut. Officers recalled that the man then held a pizza cutter to his throat and threatened to kill himself.

He was warned that if he did not drop the cutter, taser would be used against him. When he failed to comply, an officer fired the weapon, which allowed officers to restrain him.

Following the discharge, the man continued to struggle, and officers were unable to remove the barbs discharged by the taser from his skin at the scene. He was placed in leg restraints and taken into police custody at Enniskillen.

The use of taser during the incident was referred by the Chief Constable to the Police Ombudsman for independent investigation.

Statements were obtained from the officers who had been present. Police records, including command and control logs detailing the police strategy for dealing with the incident, and actions taken, were examined.

House-to-house enquiries were made, but failed to identify any further witnesses.

Identification discs, cables and a cartridge discharged from the taser were secured by police ombudsman investigators, and the time and duration of the discharge was confirmed from the weapon’s electronic memory.

The officer who discharged the taser said he had done so in order to minimise the threat posed by the man to himself, to police officers and other members of the public.

Police Ombudsman, Dr Michael Maguire, concluded that the use of taser during the incident had been a ‘justified, necessary and proportionate’ means of resolving a volatile and potentially dangerous situation.