Eighteen-year-old Christopher Carney flew out to Stoke Mandeville to play two matches with the side recently, and then on Saturday to London for a further two matches at the Copper Box Arena.

Despite losing the first game, the side regained their composure for the second game, coming out victors.

Christopher commented: “The experience was amazing! To be able to be in the same arena where the Olympics where held was an amazing feeling.

“I was able to meet so many new friends from playing in the UK and I have learnt so much in the past few months that I am now able to pass on to the younger ones in my club.”

And, also making the trip that bit more memorable was running into the Beckham family, who were playing football on the court beside.

“Meeting the Beckhams was a once in a lifetime experience.

“After our matches were finished we heard rumours that David Beckham and his sons were in the court next to us playing football,” Christopher explained.

Checking to see if that was true, the teenager went up to the viewing gallery and said that a security guard told him that his suspicions had been true.

“I froze for a few minutes in shock then I had made it my mission to get a picture with one of them before I had left.

“So just before we left the arena Victoria was outside the courts I walked passed her not knowing that I had passed her, one of my team mates called me back and I turned around and all of a sudden I found myself talking to Victoria.

“We talked for about ten minutes about basketball, where I was from (she doesn’t have a clue where Fermanagh is but she said it seems like a beautiful place) and after that I had asked her for a picture and then I had to leave.”

Celebrity hunting aside, Christopher is continuing to coach the Fermanagh Lakers wheelchair basketball club and is hoping to continue on further coaching courses in the sport. 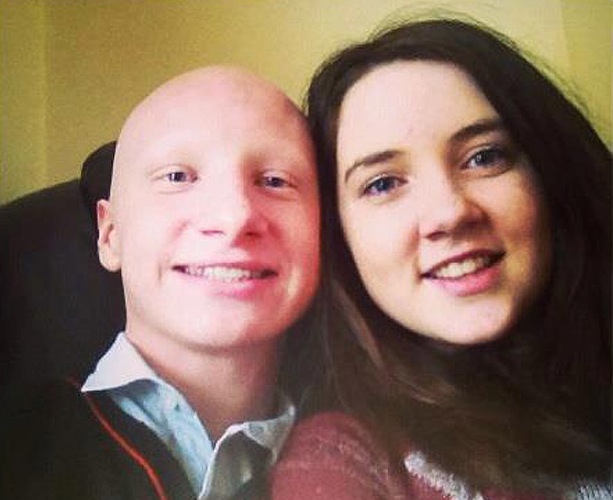 A Fermanagh teenager who suffers from a hair loss condition that affects thousands of people across the UK, has...