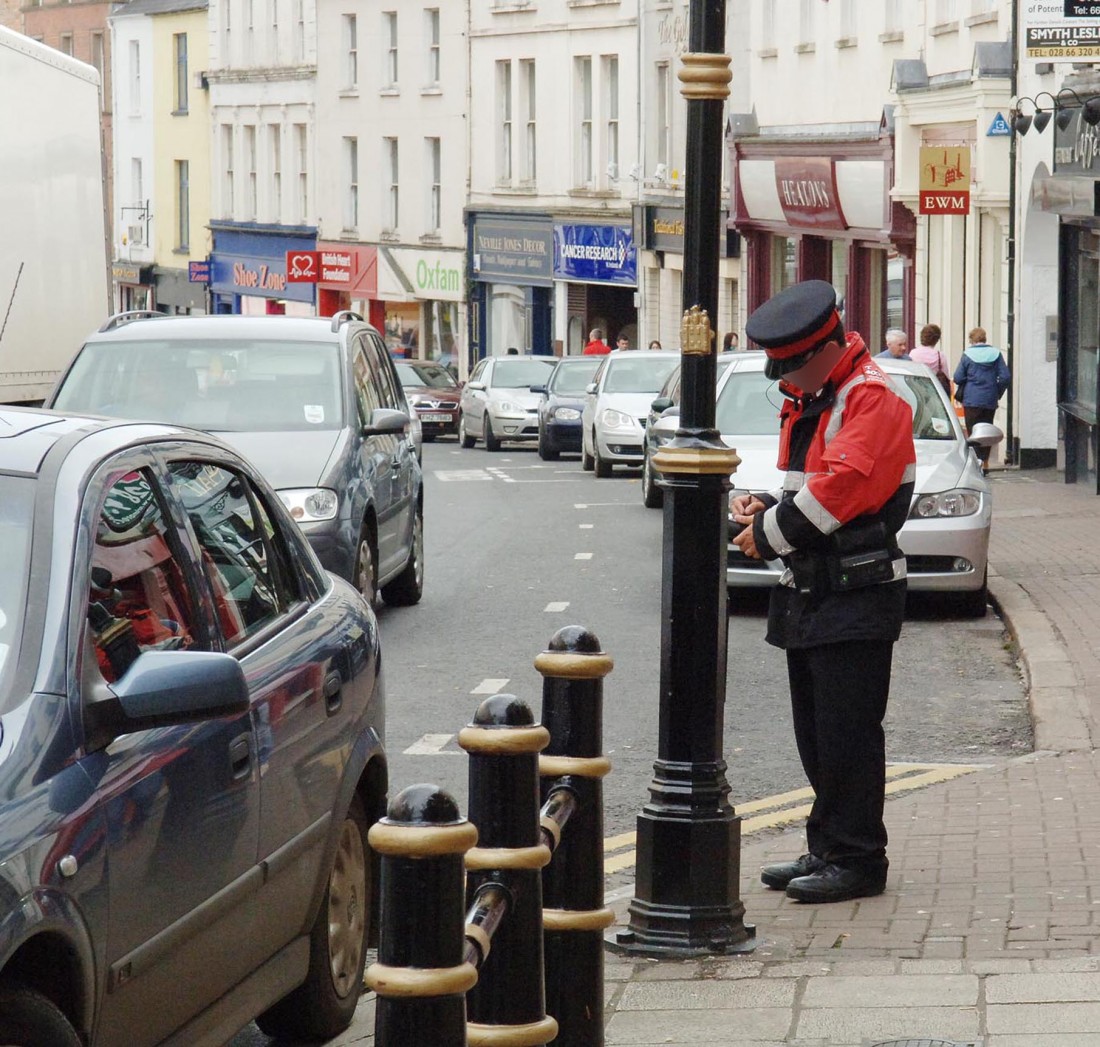 FERMANAGH MOTORISTS appear to have yet again been the target of ‘over-zealous’ parking attendants, according to figures obtained on the back of a Freedom of Information request.

The statistics reveal that, 201 people were issued with fines in the week leading up the Christmas. This is in stark contrast to other neighbouring towns, with less than half penalised in Omagh (94), and a measly 54 in Cookstown.

His party colleague, Fermanagh councillor, Tommy Maguire, who lives and works in Enniskillen, told the Herald that, as a result of the ticketing, shoppers were being afforded little or no respite, with a knock-on impact.

He said: “The number of tickets being issued in Enniskillen is having a negative impact on the number of shoppers coming into the town, with many of those fined saying they will shop elsewhere.”

As to the reason why so many parking penalty tickets, Mr Maguire  believes it is due to ‘over zealous parking attendants, as the difference in volume between Enniskillen and other towns was too large to explain otherwise.
He went on: “While I understand the need for traffic management, the entire parking strategy in Enniskillen needs to be reviewed as the parking problem has existed for many years. “

Meanwhile, Joe Kelly, the chairman of the Enniskillen Business Partnership, on being told the figures, said they were ‘very worrying to hear’.

He stated: “From a Partnership perspective, I would call into question once again the customer service policy of the red coats (NCP).

“It may well be that some of these fines could have been avoided by simply engaging with people, for example if they have parked just across the white lines.

“In these instances, the parking attendants must adopt a common sense approach rather than issue fines.”

DRD was invited to respond, but at time of going to Press, they had yet to come back with one.