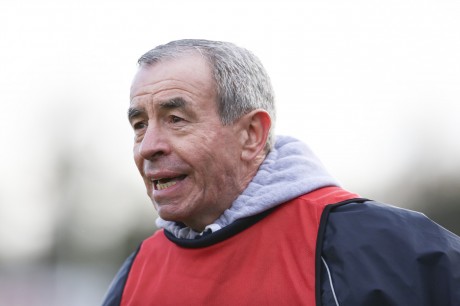 Pete McGrath is ‘unconcerned’ with the fact that his side face a Longford team searching for their first win of the campaign.

Relegated from division two last year Longford would have been expected to be strong contenders in division three but they have had a dismal start to the season, losing against Roscommon and Limerick.

“I would be unconcerned with the fact that they have zero points. That is something for Longord to worry about. We have played two games so far and both have been very competitive and intense and I expect every game in this division to be the same. So in that respect we have to approach every game in the same way and concern ourselves with our own performance,” the Fermanagh manager explained. Fermanagh will have had a three week break between their victory over Sligo and the away trip to Longford and McGrath revealed that there has been plenty done to date.

“The players have been working very hard and there has been some arduous training sessions while we also had a very productive friendly match against Monaghan.”

The Fermanagh men drew with the Ulster Champions and the Erne boss was pleased with what he saw from his players;

“It was a very competitive game and it was very useful. There was a lot of good performances from a lot of individuals and from the team as a whole.”

Fermanagh will have to face Longford without the services of Che Cullen however who has a broken knuckle and McGrath admits that the Belnaleck club man will be a big loss to the team.

Longford will be desperate for the two points on Sunday and especially with it being a home game they will be looking to get their season kick started;

“I think any away fixture brings with it its own challenges and they will certainly be present on Sunday. But I think we are entering the game in a solid place.

The Sligo game should have given us great confidence and in that respect we have to bring that confidence and all the positivity that comes with it into Sunday’s game,” the two time All Ireland winning manager explained before adding;

“You have to treat every game as a stepping stone and that is exactly what we will be doing. We need to learn as we go along and try and improve.