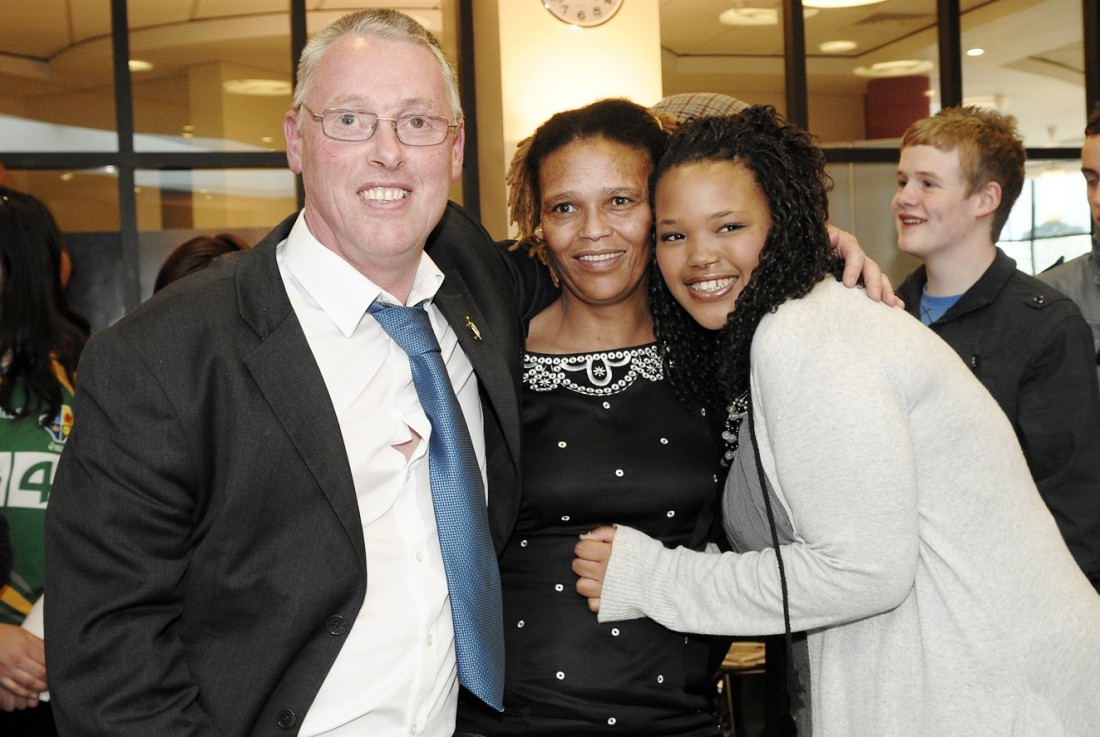 A FAMILIAR figure in Lisnaskea, Carol Jordaann, the partner of local Sinn Fein MLA, Sean Lynch, recalled this week how she joined the African National Congress at the age of 13 to protest against white supremacy rule in her native South Africa.

She recalled a boy of 14 being shot dead by police at one ANC march when she was 16. The ANC became synonymous with its co-founder Mandela and is seen as the popular movement that finally ended the racist apartheid system.

“I am sad about his loss”, she told the Herald. “He was the father of the nation and made the transition from apartheid to peace. He was a peace-maker and I am proud today he freed us from oppression and discrimination.”

Mandela was in prison when Carol was involved with ANC marches and, she explained that her six-year friendship with Sean Lynch was a direct result of their shared experiences.

“I remember toilets in Cape Town that had a sign, ‘Only Europeans allowed’. All the jobs were got by white people which meant we had to travel far to get the jobs we did get. My mother, for instance, had to walk miles and miles to her job, slaving for white folk.

“It was very difficult for us, but we had to stand up because we had been humiliated and discriminated against.
“I remember the time the police kicked in our door. I’ll never forget the way my mother was spoken to.”

She explained that the very first time her mother and she had the vote was in 1994 elections.

“It was all down to Madiba (Mandela). He said he would deliver and we believed in him. Today, I am proud to call myself a South African, and  what I would like to say is he was a big supporter of the Irish peace process. Therefore, I would ask everyone here to reflect in the values he believed in,” she added.