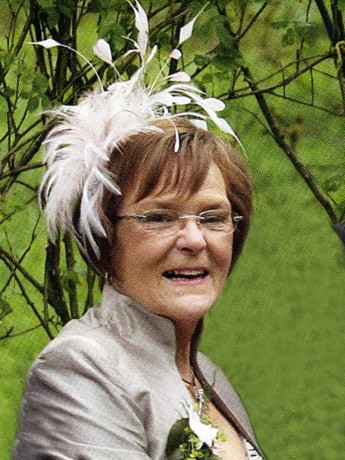 ‘A QUIET, family orientated lady who lived for her grandchildren’ is how Darrell Maguire described his mother Eileen who died in a car crash on the main A4 Belfast road near Fivemiletown on Friday night.

Mrs Maguire, a retired restaurateur from Lisnarick, died when the car she was a back seat passenger in was involved in a horrific four car collision between Brookeborough and Fivemiletown around 5.30pm on Friday evening.

Mrs Maguire, her husband Jim and son Connor were all returning from her sister’s husband funeral in Belfast when tragedy struck.

Mr Maguire and his son Connor are both currently in Altnagelvin Hospital in Derry recovering from injuries they suffered in the crash. The family own the Oaks restaurant in Lisnaick.

Speaking to the Herald yesterday (Tuesday) Darrell Maguire said he was hoping his father and brother would be well enough to attend his mother’s funeral, which is to take place at 2pm on Saturday in Castle Archdale Parish Church.

Travelling in one of the other cars involved in Friday night’s fatal crash was well-known local businessman Damian Maguire, his wife Joanne and their three children Emily, 7, Charlie, 6 and 3-year-old Finn who were released from hospital on Friday night. Mr Maguire’s family own the TC Autos Renault car dealership in Omagh.

Damian and Joanne are recovering this week in hospital from their injuries but it could have been so much worse, said Damian’s father Claude Maguire.

Mr Maguire, from Irvinestown said thankfully neither his son or his daugher-in-law suffered any serious head or brain injuries.

“It’s a miracle they came out of it, and there isn’t a scratch on the kids,” said Mr Maguire.

Mr Maguire said his son was trapped in the car for over an hour and ‘a very kind man’ he can only remember was called McKenna from Brookeborough first of all contacted him to tell him his family had been involved in a crash, and then called him back a number of times to tell him what was happening.

“It’s not nice to get a phone call like that but that man kept me informed of what was happening, and I’m very grateful to him for that.”

Claude Maguire said he knows Eileen Maguire, the woman who died in the crash, and called with her husband regularly.

“I want to extend my deepest sympathies to that family, who run the Oaks Restaurant in Lisnarick. That family have lost a wife and mother,” he said.

DUP councillor for Erne North Bert Johnston said: “I would like to extend my sympathies to the entire family at this difficult time. I know Jim and he has taken the death of his wife very badly.

“He said that he does not know how to live without his wife. It will be a very difficult time for them all.

“The Maguire family are very well-known and respected in the area,” he added.

John O’Kane, an SDLP councillor for the area, said the Lisnarick community was in shock over Mrs Maguire’s death.

He said: “All the churches in Irvinestown were praying for them on Sunday morning. We know the trauma they are going through and it’s awful. It really brings home to everyone how dangerous the roads can be and we all have to be extra-careful.

Darrell Maguire described his mother as ‘recently retired’ from running the popular Oaks restaurant in Lisnarick, which she ran with husband Jim.

Mrs Maguire (nee Drury) was born in Cootehill, Co Cavan and after meeting Jim, the couple moved to England where they married and started a family.

The couple were married for 47 years and had three children – Connor, Maurice and Darrell.

They moved home from England to Fermanagh in the early nineties and in 1993 opened a filling station, supermarket and the Oaks restaurant in Lisnarick.

Mr and Mrs Maguire ran the resturant until recently and since their retirement the business is now leased out.

“My brother Connor is in hospital with leg and arm injuries but I’m hoping he and my father will be able to attend her funeral.

Asked if he could possibly describe his mother Darrell said, “She was a very quiet, family orientated lady who lived for her four grandchildren, and who doted on them. And she had only retired very recently.”