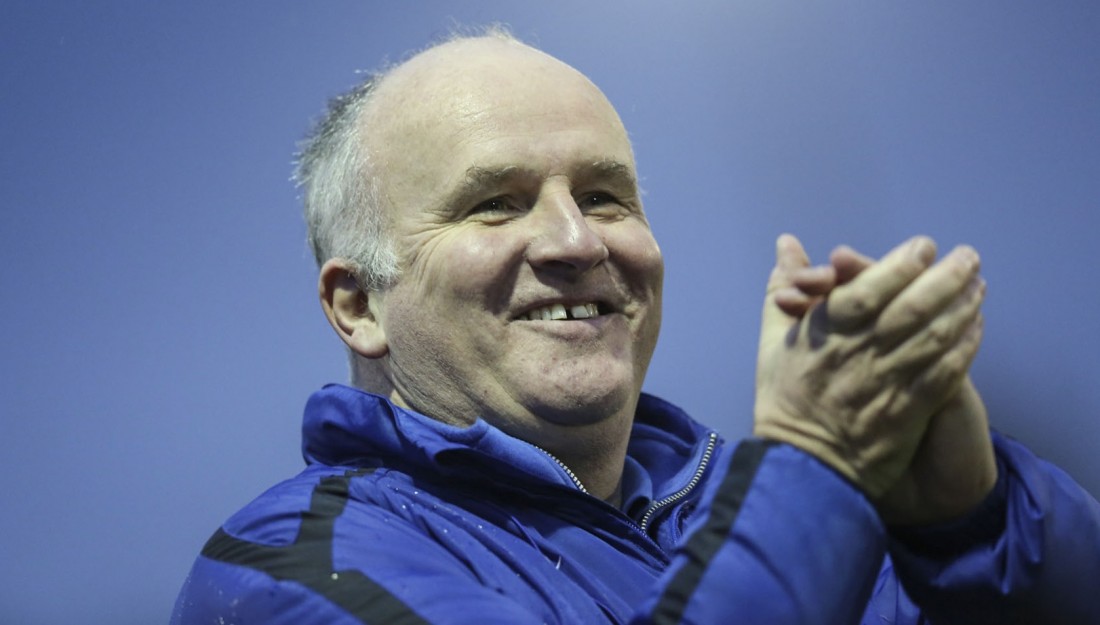 Ballinamallard United travel to Seaview tomorrow (Saturday) for one of the toughest games of the season.

The high flying Mallards, with only one defeat in six league games, travel to second place Crusaders, who themselves are on a good run.

But manager Whitey Anderson is confident his players are turning a difficult corner.

“We have had just one defeat in six league outings, so from that point of view we’re on a good little run. Since the Ballymena game I feel we have got ourselves together quite well. The boys have worked extremely hard and there is a greater hunger and commitment there. You can see it in games and you can see it in training,” said Anderson.

He felt the result against Portadown last Saturday was an excellent one all round. His side beat Crusaders in the opening game of the season at Ferney Park and feels his they can travel to Seaview with a bit of confidence on Saturday.

“We will certainly have to compete up there and we must be up for it. Many of the players are looking forward to this. We’re certainly going to give it our best shout and I really believe we can get something out of this game,” he added.

Anderson knows Crusaders are a quality. In fact he complements them as being the most balanced side in the Premier League.

“They have quality players and have been on a good run themselves,” he said.

But he says that he has to credit his own players. They have shown a real determination to do well this season.

“I have to give them top credit. They have really got themselves together after the Portadown result earlier in the season.

“When you think back to Saturday we were one down within three minutes and we came back well to win. They deserve the utmost credit for what they did on Saturday.”

He is pleased that a number of the players are doing well at the moment, particularly the back five.

“They have been magnificent in recent games. Mark Stafford has been exceptional and when you look at the performances of Stuart Hutchinson in the middle of the park, you have to admire the way he has come back from long term injury,” said Anderson.

“They are two players on the top of their game.”

He also praised goalkeeper Fergal Murphy for his recent performances in nets.

“Alvin Rouse knows he has to work hard to get his place back now. Fergal has done absolutely nothing wrong and at the moment he is in possession of the keepers shirt. He has done extremely well.”

Anderson was delighted with the contribution of striker Richard Lecky, who came off the bench on  Saturday.

“He might have only been on for 20 minutes, but I’m confident he is on the way back now. He is getting himself upu to speed and will be a big asset for us. I know there are goals in him and we hope to see a lot more of him this season,” said Anderson.