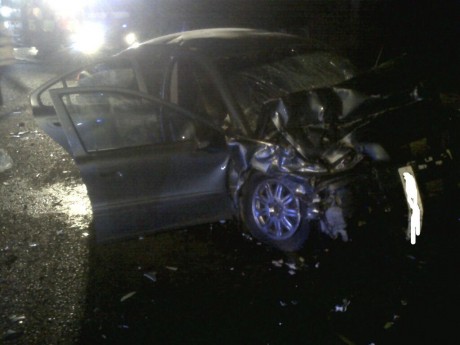 One of the cars caught up in Friday’s four vehicle crash near Fivemiletown. (Image: NI Ambulance Service)

A serious four vehicle collision outside Fivemiletown on Friday evening has claimed the life of a 69-year-old woman.

The woman died in hospital after the crash on the A4 Belfast Road on the main Fivemiletown to Brookeborough Road, which occurred at around 5.30pm.

In all, nine people including three children were taken to hospital following the incident, most with back and neck injuries. Six were taken to the South West Acute Hospital in Enniskillen. Another three were rushed to Craigavon Area Hospital.

Most of the injuries were described as non life threatening and it’s understood four people were discharged soon after.