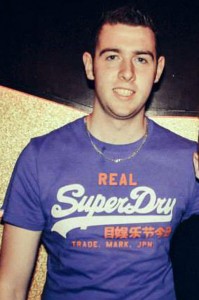 TWO young friends, one from the north and the other from the south, and from both sides of the community, died at the scene of a single vehicle road traffic collision on Sunday evening last four miles from Kesh on the road to Pettigo.

They were 18-year old Sean Martin, pictured, from Pettigo and 22-year old John Irwin from Newtownstewart.

The cause of the collision is still unknown. Today, Wednesday, a thorough forensic examination will be carried out, of the scene and the Peugeot 406 which police believe Mr Irwin was driving.

Their deaths bring to seven the number of road deaths this year to date in Fermanagh.

PSNI inspector Keith Hicks, the investigating officer, revealed how the two grieving families had arrived at the crash scene within half an hour of the collision, and how he informed them that the young men were dead.

A trained family liaison officer, he explained that no one was allowed near the scene owing to it having become the property of the Coroner.

“The two families were lovely. They were obviously distraught and distressed, and that goes without saying because of the young ages involved, but for police purposes they were good people to work with.

“They had no animosity towards the police. We are obviously there to try to establish what happened, and that’s what family liaison officers are there for.

“They are a shoulder to cry on, and to go through the policies of what we have to do.”