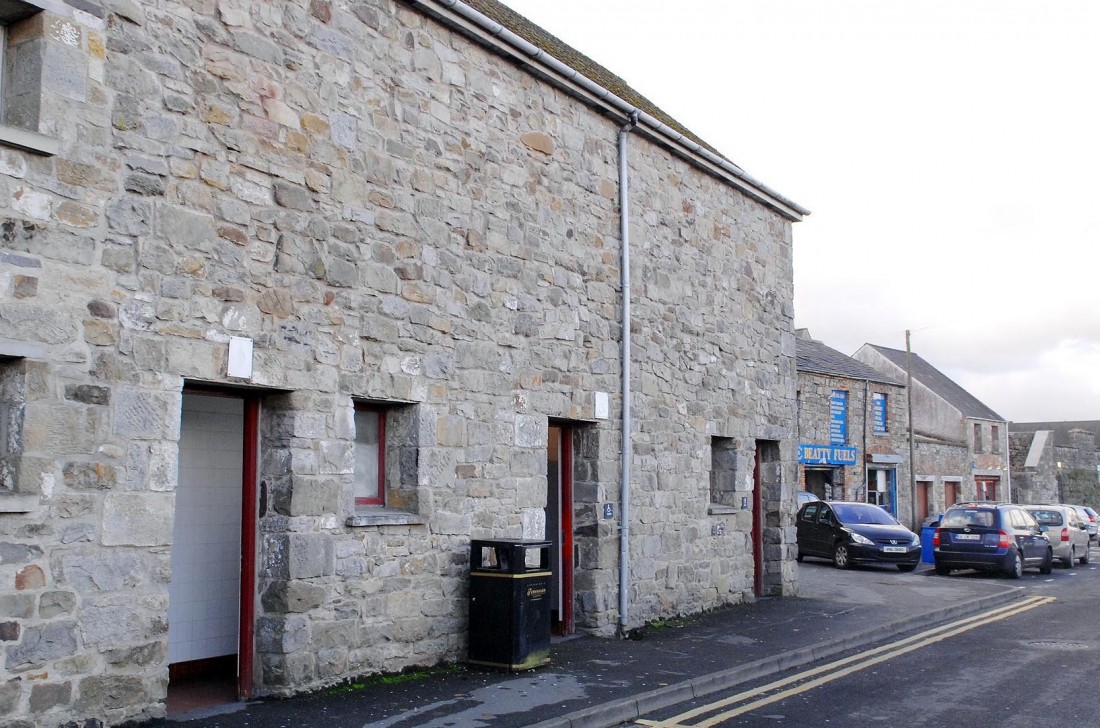 The public toilets at Head Street

A 57-year-old man who was caught with his trousers down while engaging in a sexual act in a public toilet in Enniskillen has been ordered to serve a two year probation order.

Thomas James Loughran was caught by a number of police officers in the Head Street public toilets on August 24 following a complaint by a member of the public.

Loughran, of Drumconnelly Road, Sixmilecross, Co Tyrone, has a 20 year history of engaging in homosexual activity in public toilets and was previously convicted of similar offences in Cookstown and Omagh.

He told the officers that he had been visiting the toilets to take part in sexual activity in Enniskillen for two months prior to being caught.

A prosecutor explained to the court that a member of the public alerted police to the incident in August.

Following a search of the toilets, police found a note stuck to one of the cubicle doors inviting men to engage in sexual activity in the next cubicle.

Officers then noticed the next cubicle door was partially open and after shouting ‘police’ they opened the door and discovered Loughran with his trousers down while apparently engaged in a sexual act. Loughran was standing behind the door but not using the toilet and it is believed he was alone at the time.

The defendant was escorted out of the toilets and spoken to in the back of the police car where he admitted visiting the public toilets to take part in sexual activity and had previously done so with a man.

It also emerged during court that he had previously been convicted of engaging in similar homosexual activity in October 1994 in public toilets on Molesworth Street in Cookstown. He was also charged with similar offences in 1996, 1997 and 1998 which covered a period active in Drumragh and Omagh when he engaged in passive and active homosexual activity.

Defence solicitor John McCaffrey said the accused, whose female partner of 13 years attended court with him, was deeply embarrassed about the incident as were the police officers who found him.

Mr McCaffrey said: “He has offered no other explanation for why he was there and understands he will suffer the consequences for what he has done.

“Because of his previous record it does cause probation some concern and there is a medium likelihood he will reoffend. He says he is more than happy to work with probation.

“He would not be able to do community service as he suffers from depression and health problems.

“This is a serious incident that has been reported over the last 20 years. He requires assistance with his behaviour.”

He added: “In light of the contents of the pre-sentence report and the defendant’s history, probation is in the best place for making sure this doesn’t happen again.”

Loughran was handed a two year probation order and told to engage in any programme they deem necessary.