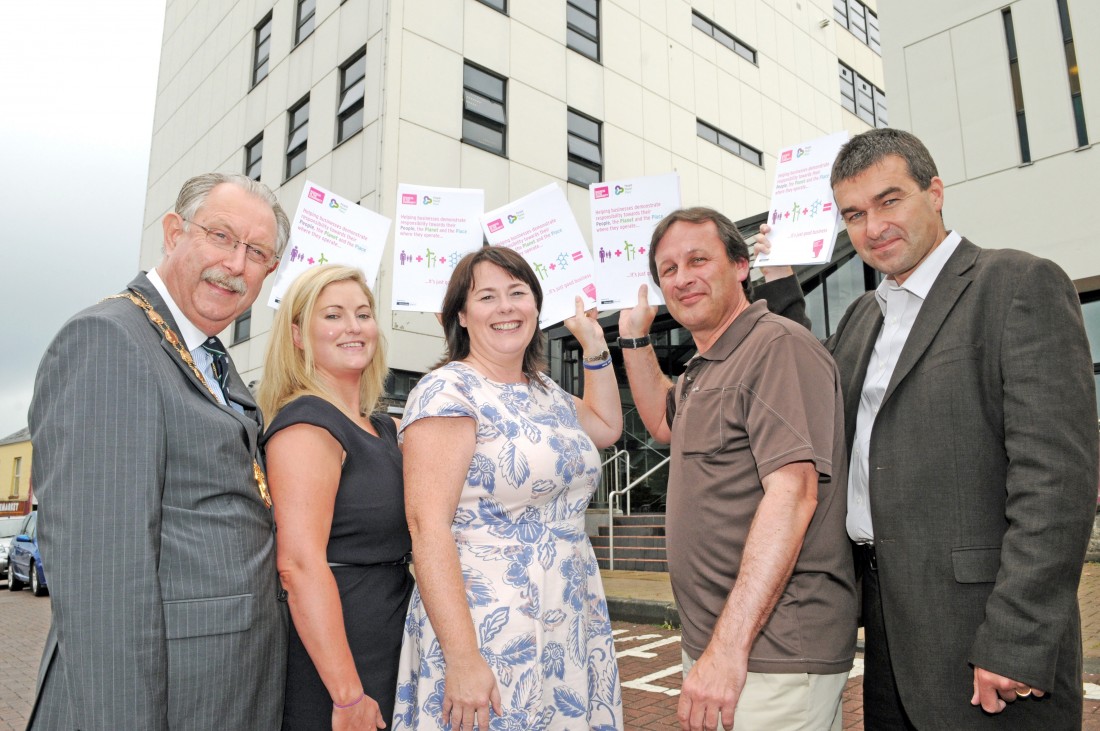 Businesses and politicians weigh in behind jobs fair at South West College THIS week, the Fermanagh Jobs and Careers Fair was launched in the South West College, Enniskillen. It will take place in the college on Thursday, October 3 and will run from 10am until 3pm that day.

Some 20 businesses attended the launch, and the drive is now on to attract others. The Fair is organised by the Enniskillen Business Leadership Network in a partnership with the college and supported by the Fermanagh Herald/North West News Group as its media partner. Julie Hetherington, the human resources manager with the North-West News Group, is the media coverage coordinator for the Fair.

She explained its ethos: “The businesses who are there on October 3 will be able to offer job seekers either a job, or a work experience programme or a placement, an apprenticeship or an internship. “By doing so, they will be talking to job seekers directly about opportunities they have within their companies.” Speakers at the launch included Dominic McClements, the general manager of the North-West News Group (publishers of the Fermanagh Herald), and Enniskillen man, Jim Masterson, the manager of the Marks & Spencers store in the town.

He chairs the Enniskillen Business Leadership Network. The launch was told that there are over 2,000 employable people, aged between 18 and 49, in Fermanagh and of a strong belief locally that businesses can get back on the road by investing in people, the most valuable local resource. The enterprise, trade and investment Minister, Arlene Foster was unable to attend, but executives from her department (DETI) were there alongside some 20 local businesses, including Fermanagh District Council, who employ 350 staff, and Balcas, a major private sector employer.

Elected representatives included MP Michelle Gildernew, local MLA Phil Flanagan, who is the vice chairman of the Assembly’s enterprise committee, and Alex Baird, the council chairman. Julie Hetherington was confident that many more businesses will sign up. And, the inducements are there if they do.

“The ‘Fermanagh Herald’ will be publishing a special supplement to promote the Fair and, by participating in the Fair and advertising with us, businesses will benefit from an 8-week, lead-in campaign, a dedicated web page, a full programme of activities for the week of the Fair (including free profiles), and a 36-page supplement.”

Jim Masterson reinforced the ‘sign up’ plea to fellow businesses. “We are asking them to make a pledge to create a full or a part-time job opportunity, or simply provide meaningful work experience for local people.”

Businesses interested in registering and, thus, being part of the Fermanagh Herald supplement, can contact Julie Hetherington on 028 82 415006, or email at – hr@northwestnewsgroup.com