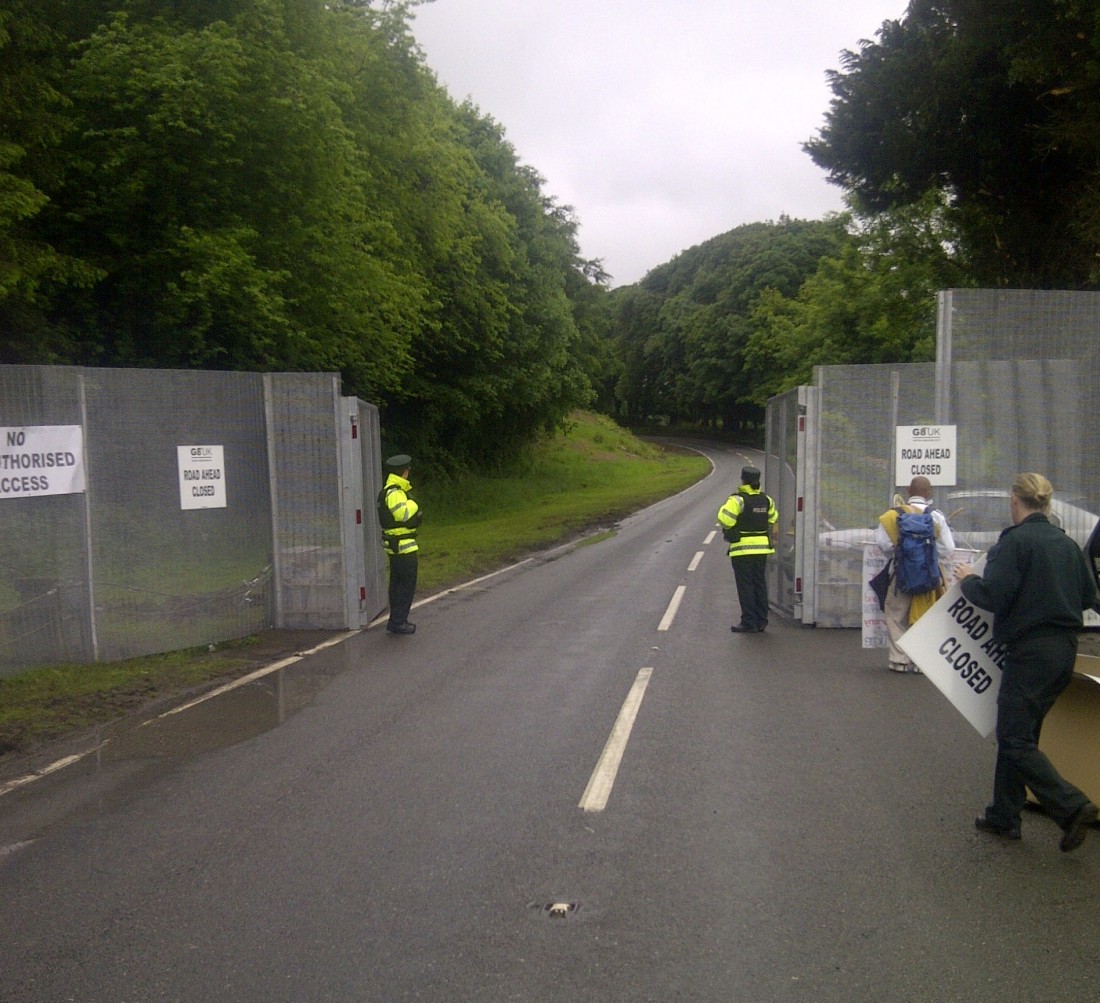 The view at the G8 fence where protesters will march. Also in the photograph is Toyoshige Sekiguchi, the anti-capitalist Buddhist monk

Police are making final preparations ahead of this evening’s (Monday) G8 protest parade.

Yesterday at around 3pm  a gate was placed on the secondary fence on the Lough Shore Road, while today further has been underway.

Along the Lough Shore Road route out to the fence portable toilets have been set up while at the secondary fence a stage has been erected. 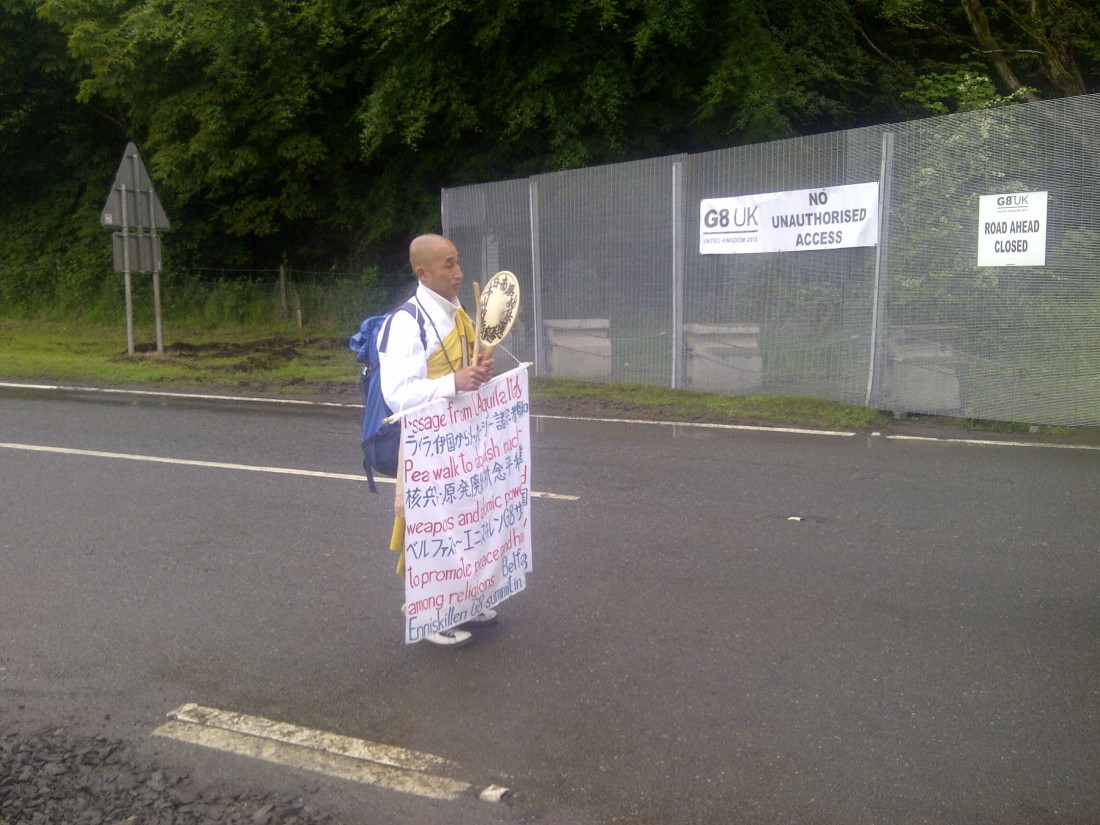 THE SCENE THIS MORNING…Toyoshige Sekiguchi, the anti-capitalist Buddhist monk who has walked from Belfast to Enniskillen to bring his campaign for nuclear disarmament to the G8 leaders

There are expected to be 10 speeches at the fence this evening, with the main local issue that is the subject of  protestis fracking.

As many as 2,000 could parade through Enniskillen tonight, with groups assembling in the Library car park at 6.30pm. Police presence in Enniskillen has been noticeably stepped up and the Herald are assured they are prepared for ‘every contingency’.

The parade will leave at 7pm.