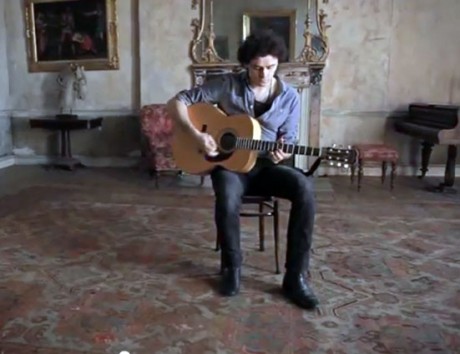 James Cramer’s ‘The Lights of Lisnaskay’ is available on iTunes.

FOR local poet Matt Duggan after his death it appeared his vast works would remain without the appreciation and praise they deserved.

However, a chance discovery of his work in a Dublin library would forever change the legacy of the Derrylin man.

His poetry book ‘From Mountain to Lough: The Collection’ written in the 1970s was ‘stumbled upon’ by chance in a Dublin library by James Cramer, lead singer in the band Tupelo and after reading he decided to record some of the poems as songs.

“I was working on some songs and for some reason I opened the book up on the page ‘The lights of Lisnaskay’ and I decided to put it into song. It was just one of those things that happened.”

After receiving a favourable response he recorded further songs before releasing the album titled: ‘The Lights of Lisnaskay’. This was released back in October at Aughakillymaude Mummers centre.

As part of the album James released a new single last Friday called ‘The Wish’, another of Matt Duggan’s original poems.

James admits that at the time he was recording the album he was amazed that Matt’s poetry wasn’t more well known.

“The words are so beautiful and when I was recording I had to find out more about Matt. I thought in the poetry world he would be very well-known because he is unbelievable, he matches up to all the great works we know, the Kavanaghs and the Heaneys.”

“I’m just glad I stumbled upon it, I know it sounds quite dream like, but it literally was that.”

Through his music and his album James hopes he has secured the legacy of Matt, a former World War II Prisoner of War in Russia in the music and poetry world.

As a result of the album thousands have been introduced to Matt’s work on the Kindle store and James has  even loftier ambitions for the future.

“I hope at the end of the album people will sing the songs and his work will live on. There’s more though, there’s still a lot of it isn’t touched, another 30 poems and short stories, the stuff is so beautiful it needs to be heard.

“I honestly think his life and his work could be made into a movie.”

James Cramer’s ‘The Lights of Lisnaskay’ is available on itunes, while the new single ‘The Wish’ was released last Friday and is now also available to purchase. 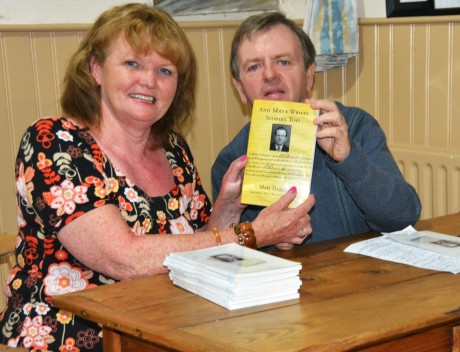 The Aughakillymaude Community Centre near Derrylin was the venue for the launch of the late Matt Duggan's book of...