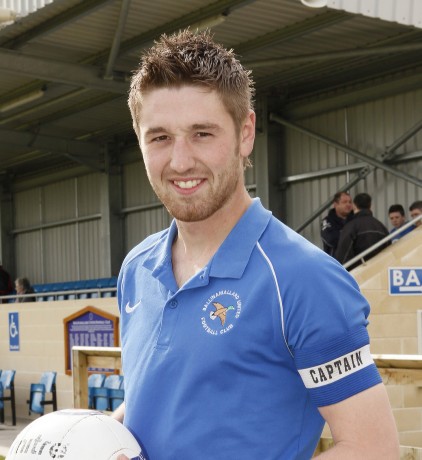 Ballinamallard United captain has been nominated for team of the year

IN recognition for their stellar first season in the top-flight five Ballinamallard United players have been nominated for the BBC Final Score 2 programme’s team of the year.

Alvin Rouse is nominated in the top three goalkeepers, Mark Stafford is recognised as one of the top centre backs, while electric wingers Jay McCartney and Chris Curran have also been recognised as two of the best in the league in their position. The final nomination was for Davey Kee for his imperious form in centre midfield throughout the season.

Manager Whitey Anderson was delighted with the nominations and congratulated his players. He said irrespective of the team chosen it showed how highly regarded the team was.