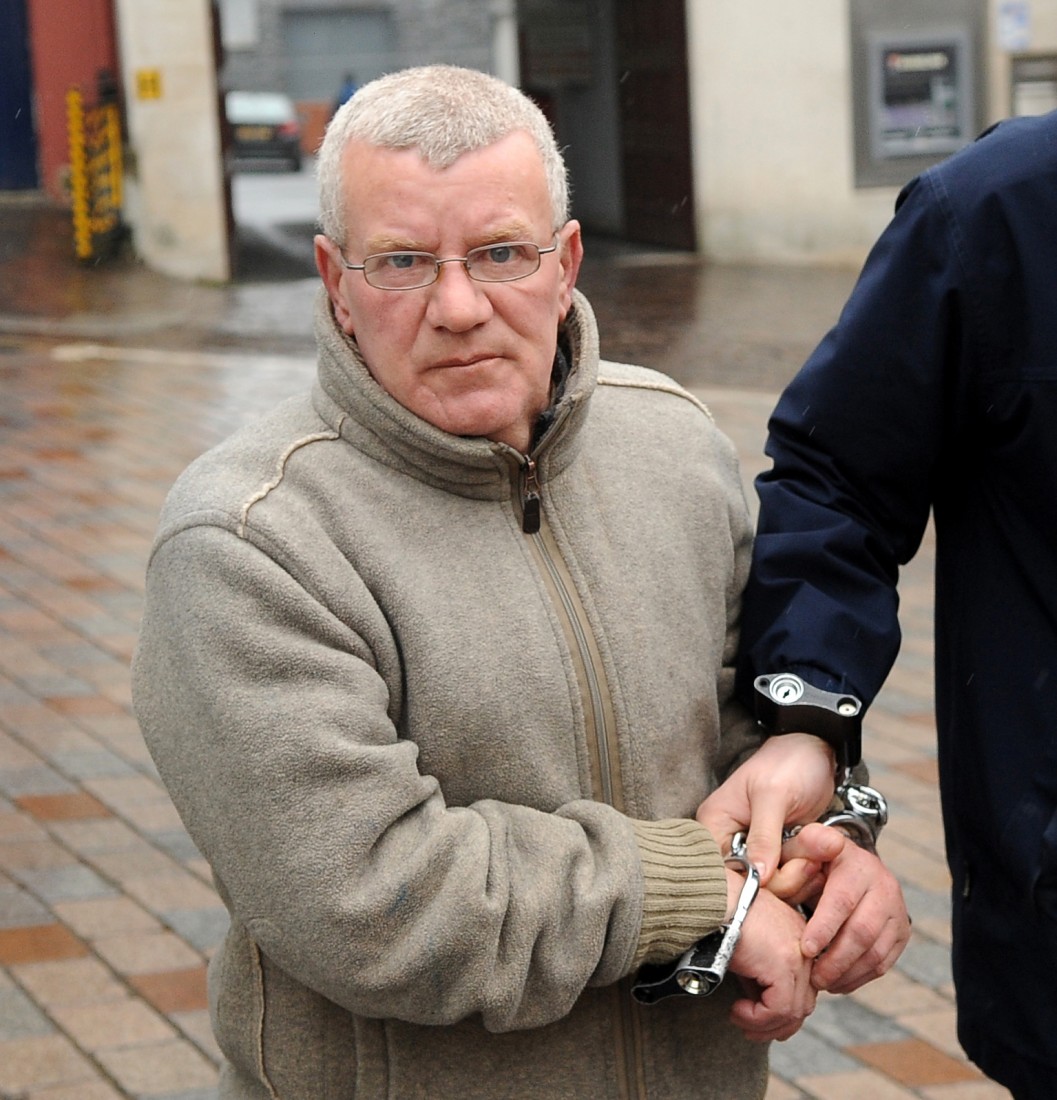 A SIXTY-THREE year old convicted paedophile from Donagh who admitted indecently assaulting and committing an act of gross indecency against a young boy from the village over 20 years ago has had his existing jail term increased to a total of 13 years.

John Michael McDermott, whose address was given as HMP Magilligan, was described as a ‘predatory sexual offender of young children’ by His Honour Judge Jeffrey Miller QC during sentencing at Omagh Crown Court.

The court heard this was the defendant’s fourth conviction for sexual offences against children which had, in the past, included sexual assaults, committing acts of gross indecency as well as buggery and attempted buggery of children from Fermanagh village.

The court heard this latest victim only came forward with his story last year, and therefore it wasn’t possible for the public prosecution service to marry these with the previous offences for which the defendant has already been sentenced and is currently in jail.

Following the defendant’s third prosecution last year McDermott’s sentence totalled 12 years and nine months custody, with the last three years of this sentence to be served on probation.

“The PPS got this file in September 2012 just weeks after his last sentencing, His Honour Jeffrey Miller said.

Addressing the defendant the Judge said, “This is the fourth time in as many years as you have appeared charged with historical sexual abuse. Sexual abuse especially child sexual abuse is a pernicious crime.

“It affects people in many ways but the responsibility and culpability must always stop at the door of the perpetrator.

The judge said he must, however, consider the totality principle and said if this case was being treated on its own the appropriate sentence would be 12 months in custody.

The judge said, taking into account totality, he would impose three months in jail on each of these two offences, concurrent to each other but consecutive to the existing 12 years and nine months meaning the defendant will be serving a total sentence of 13 years.

Summarising the facts of this case the judge said the complainant was born and grew up in Donagh and knew the defendant and his brothers and had played football with them.
In 1989, the complainant, who was 12 years old at the time, was off-school due to ill health and one day while he was hanging about he was approached by the defendant who told him to follow him first to the shop and then to the dug out at the football field.

It was there in the dug out the assault took place during which the defendant put his hand inside his victim’s underpants and subjected him to a sexual assault lasting five to ten minutes.

The second incident happened the following year, 1990, during the summer holidays. The victim noticed the defendant following him as he went fishing.

The defendant tried to get the victim to put his hand on his genitals but on this occasion the victim was able to escape.
Referring to a victim impact study the judge said that this victim had been able to get on with his life despite the abuse suffered at the hands of McDermott.