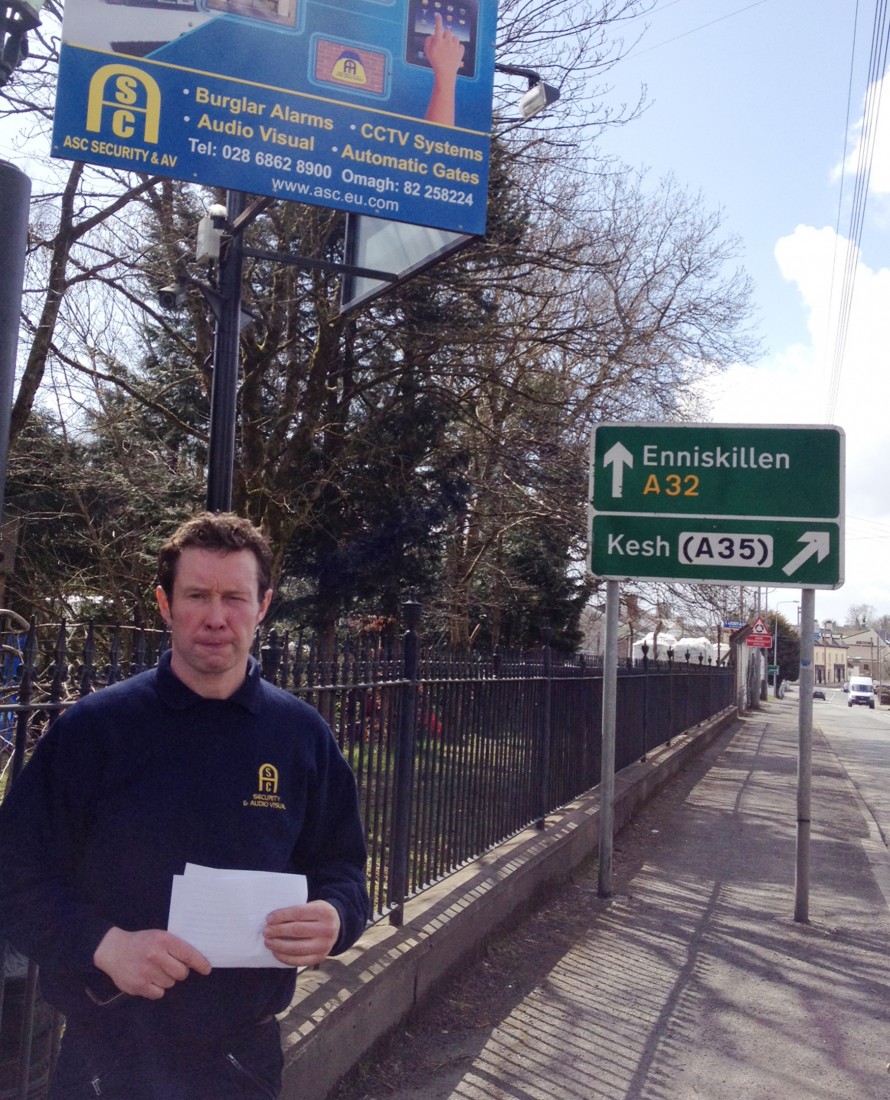 Anthony McCaughey outside his premises in Irvinestown

POST CODES in Fermanagh appear to be causing problems for both residents and businesses.

An Irvinestown businessman is perplexed this week after being given another new address and postcode by  Fermanagh Council, while an Enniskillen woman has been told she doesn’t exist by an internet provider!

Anthony McCaughey, who has been running his ASC Security and Audio Visual business and paying business rates for the past 15 years, said the Council ‘seem unable to give me a postcode I can use’.

“Now, the Council have come to me with another address, telling me I am located in ‘Irvinestown, County Tyrone’. I’m trying to run a business but it’s very difficult without a proper postcode. It’s very frustrating.”

Mr McCaughey said this affects deliveries to his business, people trying to find him and even affects credit checks. The first postcode I had was ‘BT94 1HS’, which is Dromore Road – but this wasn’t recognised by sat navs.

Mr McCaughey is mystified by all this as his address is 3 Dromore Road in Irvinestown and this is the address he has on his company literature, invoices, etc.

He admits the Scallen Road runs up the side of his business but it isn’t his address, and he certainly isn’t in Tyrone.|

An Enniskillen resident, said her issue was with internet provider, Talk Talk. “Royal Mail and Fermanagh District Council have confirmed my post-code, which hasn’t changed. But Talk Talk have decided my postcode is wrong.

“I’m within the town boundary, just yards from the BT exchange, and this company are telling me my postcode is wrong.”

She said a family member wants to get broadband installed, but Talk Talk have repeatedly said their postcode isn’t recognised on their database.
“I’ve spent the past three months arguing with them, and this property has had the same postcode for the past 40 years.”

And, in an ironic twist to this local woman’s experience, some junk mail fliers for Talk Talk came through the letterbox yesterday (Tuesday) morning addressed to her and with her correct postcode on it – she is a former customer.

“I’d like to know what system they are using,”  quipped the woman who Talk Talk say doesn’t exist!