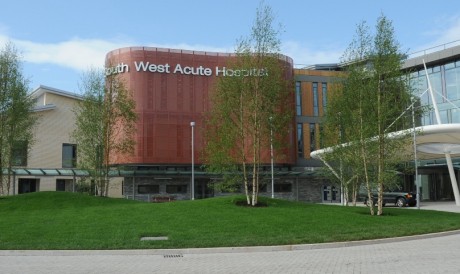 STAFF are having to swap shifts and provide cover due to the new 3fivetwo private health company operating in the South West Acute Hospital.

Speaking at Wednesday’s meeting of Fermanagh District Council, Debbie Coyle, the chairman of the development committee, reported that this company had now taken over Ward Four, and she claimed that no one had been informed.

“Staff are having to swap shifts and cover for the private company. They are offering twice as much money, which is very tempting for some people.”

She said she was ‘very disappointed’ that when three staff from the Trust spoke to councillors on March 11 last, no one told the members that the ward would be open the following Friday.

She commented on a lack of information regarding waiting times for hip operations, and she complained that, even though councillors were told there would be an increase in hospital beds, this had not come to pass.

However, she conceded that there were no guarantees ‘more hospital beds means less waiting times’.

But, she insisted there were ‘unnecessary’ waiting lists for people in pain and that, she suggested, was ‘simply not good enough’.

Raymond Farrell said people had a ‘lot of concerns and anxieties.’

“I do feel we are not making the progress we should with the South West Acute Hospital. We need to up the ante. There has been an announcement of £7m for orthopaedic and £11m for cardiac, we want to know how much is being earmarked for the west.”

He said he was disappointed that heart services could not be brought to Enniskillen.

Alison Brimstone agreed that the hospital was not making the progress it should be. She claimed that specialist consultants and surgeons ‘seem to be difficult to attract’, and that some non emergency Out-patient clinics may be closing at the time of the G8.

When the Chief Executive, Brendan Hegarty opined there was ‘no suggestion there will be any closures’, Councillor Brimstone said she would like that in writing.