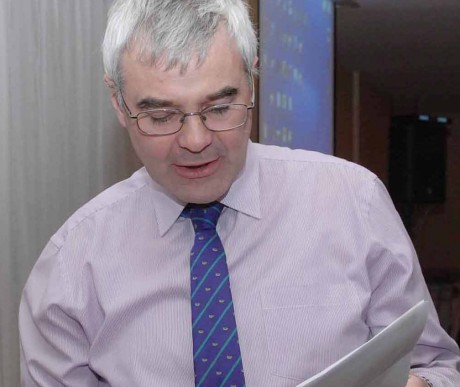 WHILE the penny on the pint and the abolition of the proposed 3p hike on fuel may have stolen the headlines from the 2013 budget, falling under the radar was the backing given by the British Government to ‘fracking’.

This is the name given to the extraction of shale gas, of which, it is believed, there is sufficient supplies in the Lough Allen Basin, in west Fermanagh to sustain the north’s needs.

The issue arose last week when, the UK Chancellor of the Exchequer, George Osborne unveiled generous tax breaks for fracking companies as part of his budget.
He commented: “Shale gas is part of the future. And we will make it happen.”

Fracking companies will get a tax allowance for developing gas fields, and, for the next 10 years, they will be able to offset their exploration spending against tax.
In spite of the  concern regarding water pollution, small earth tremors and various other environmental set-backs, it appears the green light has been given for fracking company, Tamboran.

As the company seeking exploratory licences around Belcoo, this spells bad news for those opposed to it, locally.

Fermanagh Fracking Awareness Network said it had noted Mr Osborne’s actions on tax breaks for fracking companies and they admitted their disappointment at the decision.

Speaking to the Herald, FFAN Chairperson Carroll O’Dolan , referring to the Minister’s, ‘we will make it happen’, stated: “These are not the words one expected from a Government who have said they will wait to get as much information and research as possible on the safety and environmental impacts of fracking.

“We find it incredible that something that is claimed will bring economic prosperity to different parts of the UK requires so much taxpayers’ money to make it viable.”

He submitted that it would be the public who will have to pay the cost of road and electricity upgrades to allow fracking, and for the laying of gas grids across the countryside to transport unconventional gas north, south, east and west to the highest bidder.

He also noted plans to introduce the ‘fracking’ technique to the other five counties in the north.

“DETI (department of enterprise and industry) seem to be sidelining the NIEA/DoE who only this month have been facilitating public consultation into terms of reference for, an ‘all Ireland/all island’ research into fracking.

“That research project is to take twenty months to complete. The Fermanagh Fracking Awareness Network demand that our Northern Ireland Executive show respect for that agreed ‘all island’ research and allow it to be carried out without hindrance or influence.

“However, the ‘gung-ho’ approach from both the Belfast and London governments suggests that they have already made up their minds on how they will view that research.”