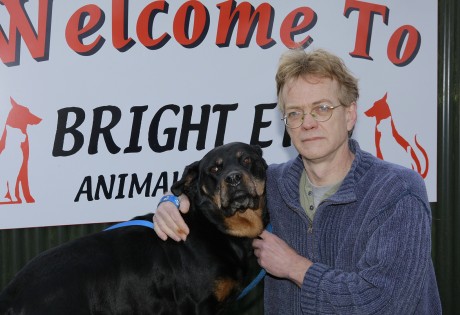 Simon Bryant, Manager of Bright Eyes with Tina who is a 6 year old Rottweier

THE recent death of Pat Nolan, founder of the Bright Eyes Animal Sanctuary near Ballinamallard, did not signal its demise.

Rather, people like Simon Bryant, his fellow unpaid volunteers and sponsors felt the most appropriate legacy would be to carry on.

Simon has been there for 18 years, so he and Pat worked very closely together.

The sanctuary caters for cats and dogs. No animal is ever turned away and, indeed, many are simply abandoned at its gates during the night.

“At the moment, we have 91 cats and 36 dogs”, Simon explained. “The numbers we have vary. It depends on how much space we have We rehomed 10 dogs since Pat’s death.

“As regards the animals, we have a non-destruction policy unless they are terminally ill, when they’re put down on vet’s advice.”

The Sanctuary takes in strays that other people have come across.

Recently, a dog found in Garrison was brought in, ‘in a painfully thin’ condition: “A woman rang us up and said she had found this dog. We also get quite a few calls from across the border, as well as from all over Fermanagh.”

Cats are regularly handed in every week. We have 30 feral (wild) cats that could be re-homed, but they’re not friendly, they’re more ‘farm’ cats, and some of the dogs we have are quite difficult to recommend. They’re OK with the staff because the staff know their ways.”

But, if you are thinking of taking out a pet – and many do – it’s not just a matter of simply turning up.

“The first thing they have to do is fill in an application form”, Simon explained.

“We then do a home check to make sure the people are able to control the animal, and that they’re not going to let it wander.”

All the Sanctuary’s fees are met entirely from donations, and by generous sponsors.

For instance, vet’s fees are £4,500 per quarter, and it costs the Sanctuary £1,200 a month in cat feed and litter.
To that end, there is a fund-raising event in the Railway Hotel, Enniskillen on Saturday, 30th March (details later).
Neither Simon nor his other staff are paid. They’re all volunteers. 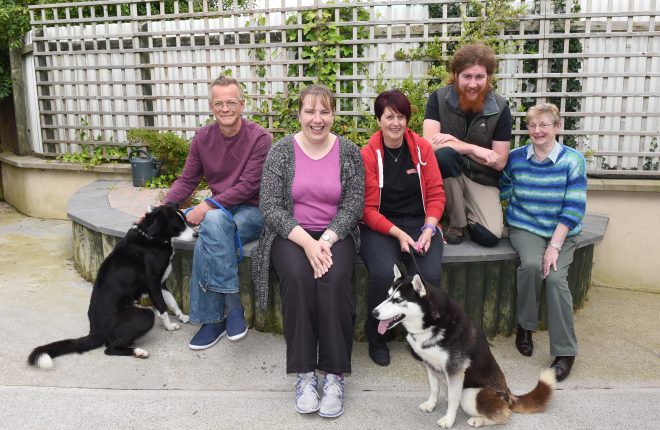 Wanted: animal lovers to help out at sanctuary 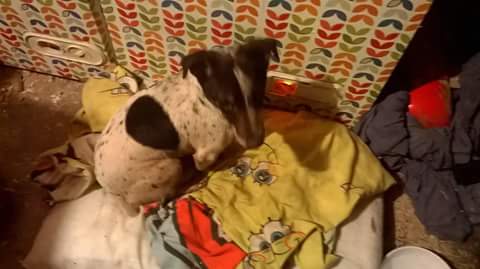 The dog was thrown almost 30ft into Kesh River at the weekend.