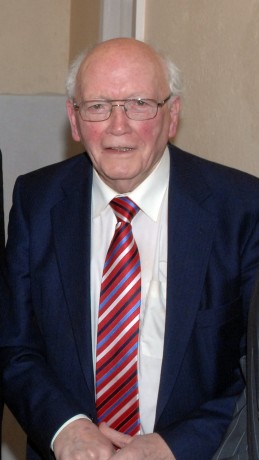 FORMER Assembly Minister, Sam Foster, CBE, who served as the UUP chairman of Fermanagh Council in the mid-90s, has slated ‘deserters’ from the party.

Speaking as a staunch UUP supporter – he is President of the party’s Fermanagh Association – he said it was ‘beyond belief’ that former party members would even think of starting a new party when they could not support the UUP.

He was referring to the recent double resignation of Basil McCrea and John McCallister, both of whom, it is believed, are toying with the idea of creating a new party.

Mr Foster commented: “It is complete silliness and not becoming of a unionist at all. We have a structure there and, despite all the bumps it has got over the years, it is still there, bent maybe but not broken.”

He said he would continue to give his full backing to the UUP leader, Mike Nesbitt.

“I say, give Mr Nesbitt a chance. He is very much deserving of that chance and I intend to support him.”

He likened the present stand-off to ‘telling a man going to the electric chair that he has a choice of AC or DC’, and he submitted that the UUP was the only party to have retained its commitment to the Good Friday Agreement of 1998.

“If we examine what has gone before, the only party to have hung on relentlessly to the Agreement has been the UUP.”
Mr Foster was DoE Minister in the new Assembly from 1999-2002.