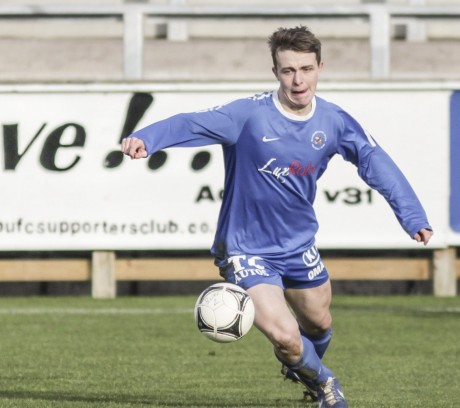 Youth players Josh McIlwaine and Johnny Courtney are in Jersey this week with the Northern Ireland Schoolboy squad.

The two have been selected to play in Bob Ramsey’s side during the Centenary Shield later this month when they take on England, Scotland, Wales and Republic of Ireland.

Striker McIlwaine has scored 10 goals for his side this season while his partner Courtney has scored two, including one for the Reserves last weekend in the Intermediate Cup defeat to Queen’s University.

“The Under 18 team has proven to be a showcase for many late developers such as Gareth McAuley, Alan Mannus, Liam Boyce, Stephen Craigan and others who made their international debut at this level.  It would be great to see this year’s team lift the Centenary Shield in their final match against  Wales as that game will be televised live on Sky TV” added Ramsey.