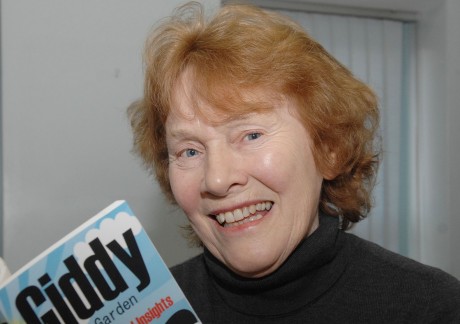 Henrietta Wisbey and her new book ‘Giddy In The Garden’

A FERMANAGH  author who first had the vision to write 30 years ago will launch her first book on February 11 in the Enniskillen library. Henrietta Wisbey is originally from Tempo and in between time spent in the south of England, returned to live in Kesh some ten years ago.

She admits that she originally found writing quite a struggle, trying to decide what exactly to write about, but when she discovered her passion found it a “very therapeutic process”.

“It is a great feeling being able to put what is going on inside your head down on paper. Initially, this was a very private thing, but has gradually grown.”

Henrietta’s journey to first time author grew years after her initial foray into writing. She spent time doing spiritual Journals and when she passed some of our work onto friends, was encouraged by the response.

“I didn’t realise as you did it you would get great insights between you and God. It was almost like a conversation and was quite personal and emotional for me.

“After writing some of these I privately gave it to a few very select friends and one was my minister David. I really was just asking what do I do with this? He said that ‘you could be sure you were there.’ I remember I thought what sort of a statement was that, but it stayed with me.”

Henrietta’s book, entitled “Giddy in the garden” is a collection of short poems and insights and is very much influenced by her own life experiences.

“Things in our life forever change the outlook we have on our lives. Writing for me was a tremendous way for me to deal with times of crisis and enormous change.

“When I was out in Kenya teaching I was able to cast out what was on my mind to the page.
“The Giddy stories are like metaphors, aragoricals or parables, that were created in Kenya, but written here. My motive has always been about inspiring people and not telling them what to do and hopefully that comes across.”

When attempting to get her book published Henrietta initially played around with the idea of self-publishing , but on a trip to Israel she was to learn the direction her book would take.

“When we were in Israel one of the couples we met from England said their daughter had a book published and they gave me the number . When I got back I dropped him an email and it went from there. I got a lovely email back and they were very keen to help publish the work.”

After the months of dialogue between Henrietta and her publisher, she is now delighted with the final product.

“The publisher said I had a very unique style and that it was a small book, but not the smallest book they had ever published. I was amazed when I got back the first draft copy. It had basically come out exactly as I sent it to them.”
‘Giddy in the garden’ will be officially launched in Enniskillen library on February 11, at 8pm. On the night there will be music from Paul Irwin and among those in attendance will be Joan Wilson.

“A lot of people are looking forward to it and have read my emails. This is not about me though, it is about the product that has come out of it,” added Henrietta. 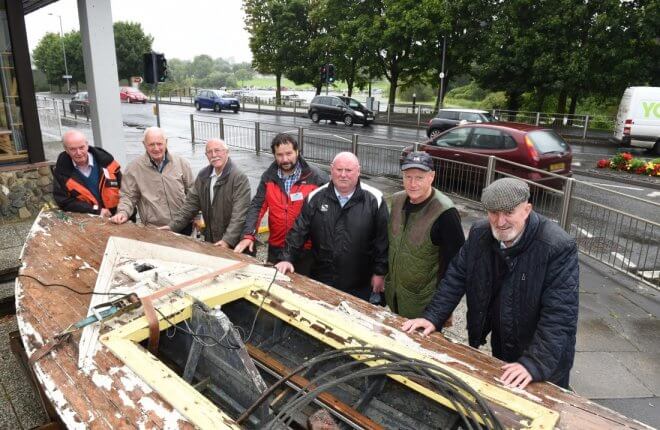