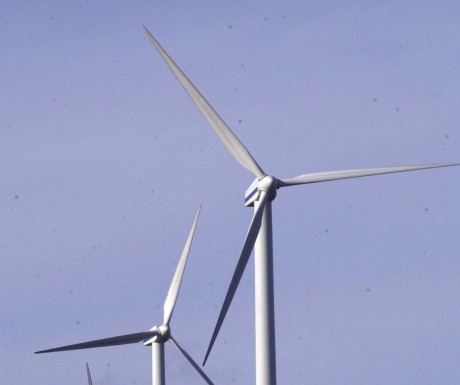 A new group is focusing on the adverse effects of windfarms

A NEW group focusing on the adverse effects of wind farms on health, the environment and human rights held a symposium last weekend.

The recently formed group, West Tyrone Against Wind Turbines, is looking for members and supporters from Fermanagh as this is an issue which affects the whole west of the province with Lack one of the areas this group is focussing on.

The symposium, which was held in Omagh on Saturday, was the first of its kind in Ireland and was addressed by medical and scientific experts who revealed some of the hidden truths of the adverse affects of wind farms and wind turbines.

A spokesman for the group said the meeting aimed to reveal the ‘hidden truths’ behind wind turbines – some of which can be up to 200 metres in height.

“These turbines are ‘coming to a hillside near you – and there’s a lot people don’t know about them” the spokesman continued.

The event provided information about the real story behind the wind energy industry and its impact on local communities, and the venue for the weekend event was chosen as it lies within the area likely to be affected by proposed development of wind farm projects between Slieveard and Mountfield nearby.

It is also pointed out that areas including Lisnaharney, Garvahey, Bessie Bell, Lack, Greencastle, Killeter, Pomeroy, Carrickmore, Fivemiletown, Gortin, Drumquin and Strabane are under threat of new wind farms, or from massive expansion of those existing.

Representatives from groups from all over Ireland and across the UK came along and Val Martin, a recognised environmental activist, was also there to relate his success in dealing with the menace.
Those who attended the launch also saw a special preview of a new film which deals with the issue of wind farms and wind energy.

Entitled ‘Fair Wind Or Foul?’ the film is due for release in March.
The film explained how faced with serious threats – explosive population growth, falling oil production, and controversial global warming – man is racing to develop alternative energies.

Filmmaker Nigel Spence asks if industrial wind turbines are saviours of mankind or enemies of the people? Shot in 15 countries over four years, this is an amazing investigation into the secret world of wind energy.

Local councillors from Fermanagh and Omagh councillors as well as MLAs were invited to attend.

A spokesman for the group said, “Informing the public on what are essentially health and human rights related issues is surely their role, but like most of us, they too have been subject to the wind industry propaganda on so called ‘green energy’ and ‘community benefits’.

“The result of the symposium may allow us all to make more informed judgements on such matters”, the spokesperson added.

Further information is obtainable on www.windwatch.co.uk.